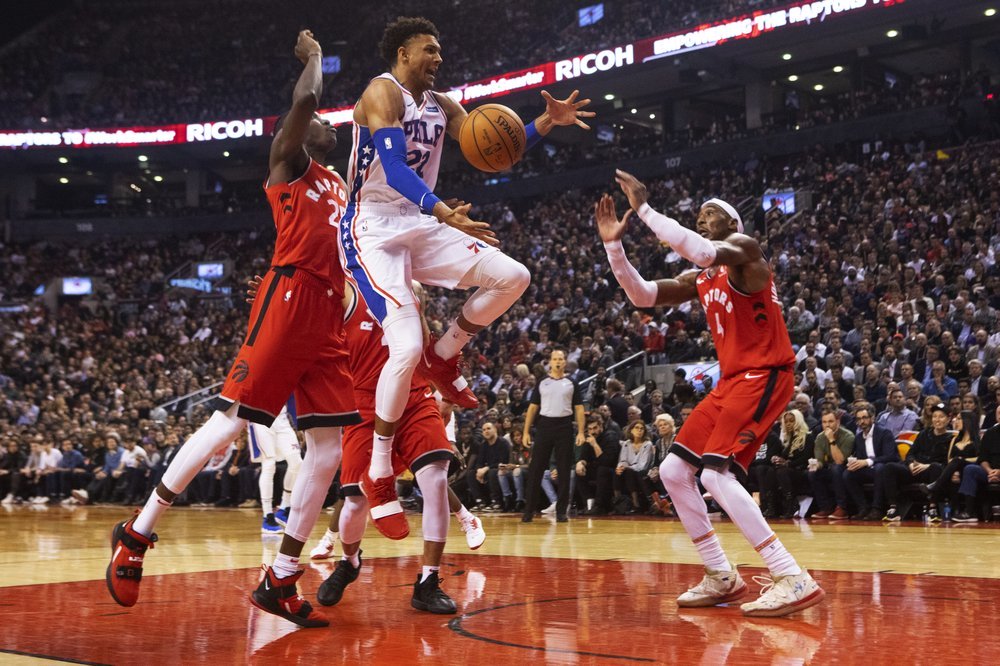 Photo courtesy of Chris Young, The Canadian Press via AP

TORONTO. – Philadelphia’s big man Joel Embiid never thought that during his career, he would have a night without scoring an held to only to 13 rebounds and 2 assists in 32 minutes on the floor. The execution of coach Nick Nurses defensive skim has gone flawless now twice as the mighty Raptors have prevented both Embiid and former teammate Kwahi Leonard from running their games.
"I would have never thought I would be here talking about zero points in an NBA game, but it is what it is," Embiid said. "Some nights you make shots, some nights you don't. Some nights you're hot, some nights you're cold."
During the playoffs last season, the 76’s iconic star became Raptor Nations least liked basketball player as he taunted with fans displaying a maneuver as an airplane during the early stage of the series with Toronto down 2 -1. This time it was it was Toronto’s fans that stood and mocked him as they did in Game 5 of the series led by music recording star Drake. 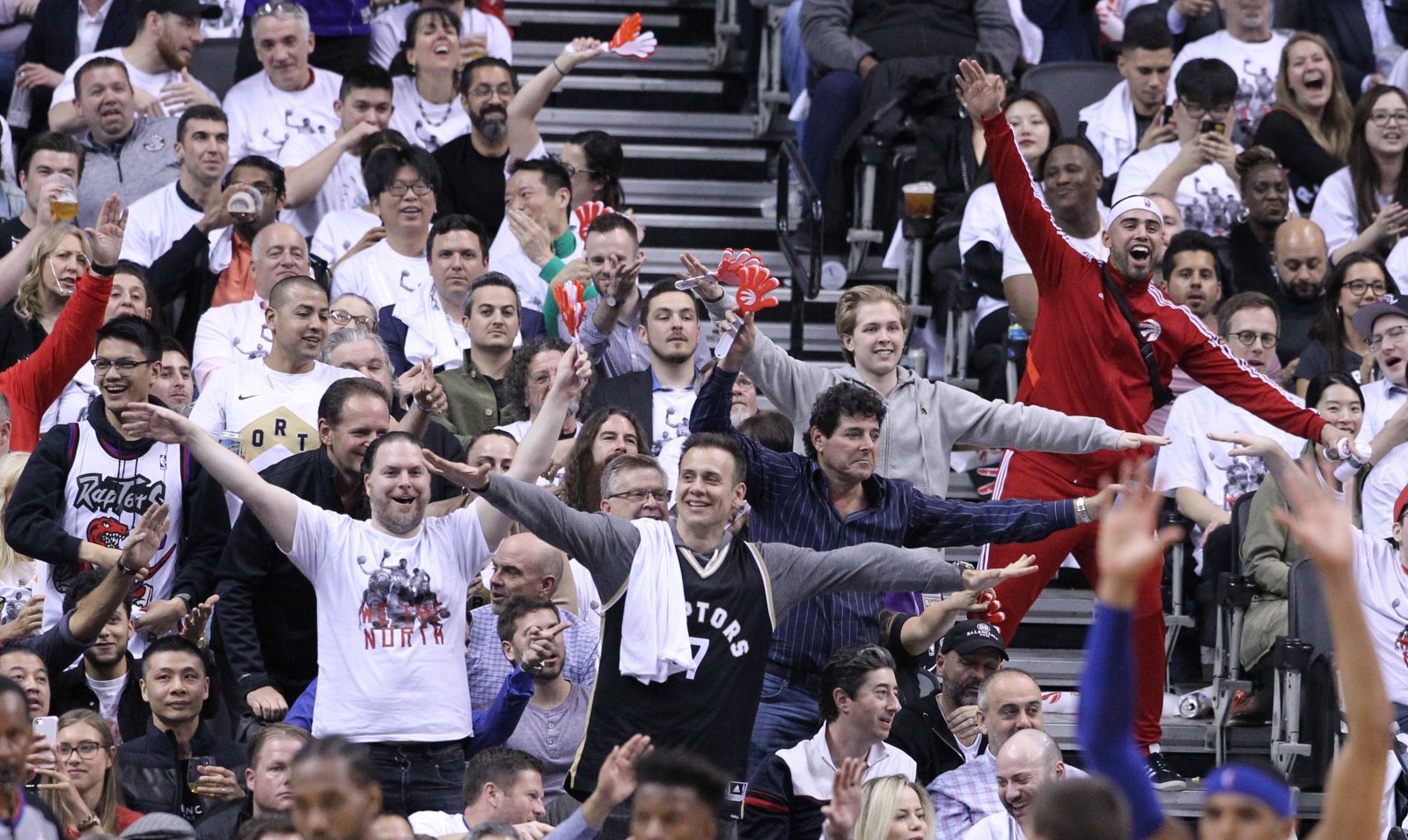 Photo courtesy of Charles Fox, Philadelphia Enquirer
Embiid said after Game 5 that he didn’t pay attention to the fans, but they’ll almost certainly have his attention if he gets trolled any time, he enters Scotiabank Arena.
Raptors-76ers is quickly becoming one of the NBA’s best rivalries with Embiid and Ben Simmons leading a youthful core, while Toronto’s Pascal Siakam is emerging into a genuine superstar surrounded by veteran-laden talent across the board.
Toronto's roster Monday looked nothing like the squad that sent Philly packing last spring. Leonard left for the L.A. Clippers in the off-season. And Kyle Lowry (fractured thumb) and Serge Ibaka (ankle strain) were on the bench nursing injuries for the eighth consecutive game. Matt Thomas also sat out the game after fracturing his left middle finger in Saturday's 119-116 win in Atlanta.
"We don't want to lose anybody else," Nurse said. "Seems like we got quite a few guys out, but on we go. On we go."
Nurse hopes to have Ibaka back on Sunday when Toronto hosts the Utah Jazz, and said a few days ago that he was "shooting for" a Sunday return Lowry as well. 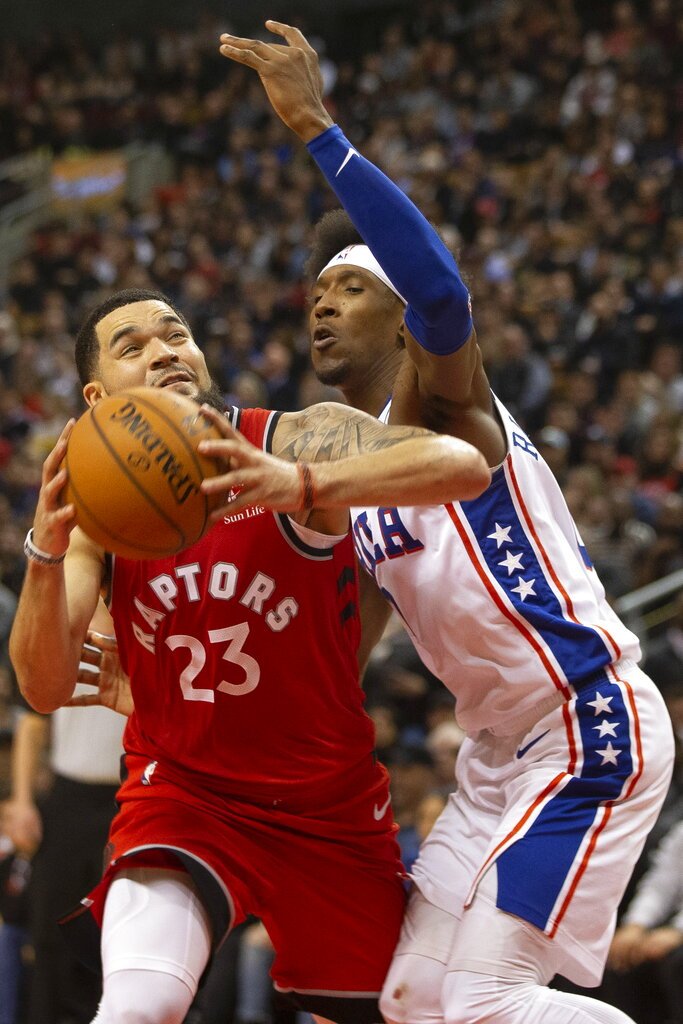 Photo courtesy of AP
Pascal Siakam had 25 points, while Fred VanVleet added 24. But all the talk was about Toronto's defense, which held the 76ers scoreless over the final four minutes en route to a 101-96 win.
The game marked the first meeting between the two teams since Kawhi Leonard's famous four-bounce buzzer-beating winner in Game 7 of the conference semis.
Poor shooting plagued both teams in an ugly first half, but no one struggled more than Embiid.
"A lot of times (Embiid) will just come down and be the last one down and they'll flip it back to him. We just really try to take those away and make him bounce it," Nurse said. "We try to stay a little closer to home on him, more than normal."
The two stars of the Sixers, Joel Embiid and Ben Simmons, had little impact in the game. Embiid incredibly finished scoreless in the game - in large part thanks to Marc Gasol, who continues to live rent-free in his head - while Ben Simmons finished with 10 points, 14 assists, but seven turnovers.
Nick Nurse had the Raptors commit to doubling Embiid in the paint, forcing the Sixers to take 40 three-pointers. They responded and shot 37-percent, but only came out the game with 28 points in the paint, and the Raptors game plan clearly worked.
Rondae Hollis-Jefferson added 16 points, while OG Anunoby finished with 12, Terence Davis chipped in with 11, and Norm Powell added 10 for the Raptors (12-4), who have yet to lose at home this season with seven consecutive wins at Scotiabank Arena.
"I think we ended it with eight consecutive stops to end the game, that's pretty good, especially in a close game like that," Raptors coach Nick Nurse said.
The Raptors took an 81-80 lead into an entertaining fourth quarter in front of a rowdy Scotiabank Arena crowd reminiscent of the playoffs. With 8:01 to play, Richardson was awarded three free throws after a questionable foul by Davis. Drake jeered Richardson from his court-side seats, and the crowd cheered wildly as Richardson missed all three shots.
Tobias Harris's driving hook shot put the Sixers up by six points with 5:16 to play. A couple of terrific VanVleet plays -- he tossed a falling-down pass to Powell for a three-pointer, then added a three of his own -- pulled Toronto to within two with 3:10 to play. 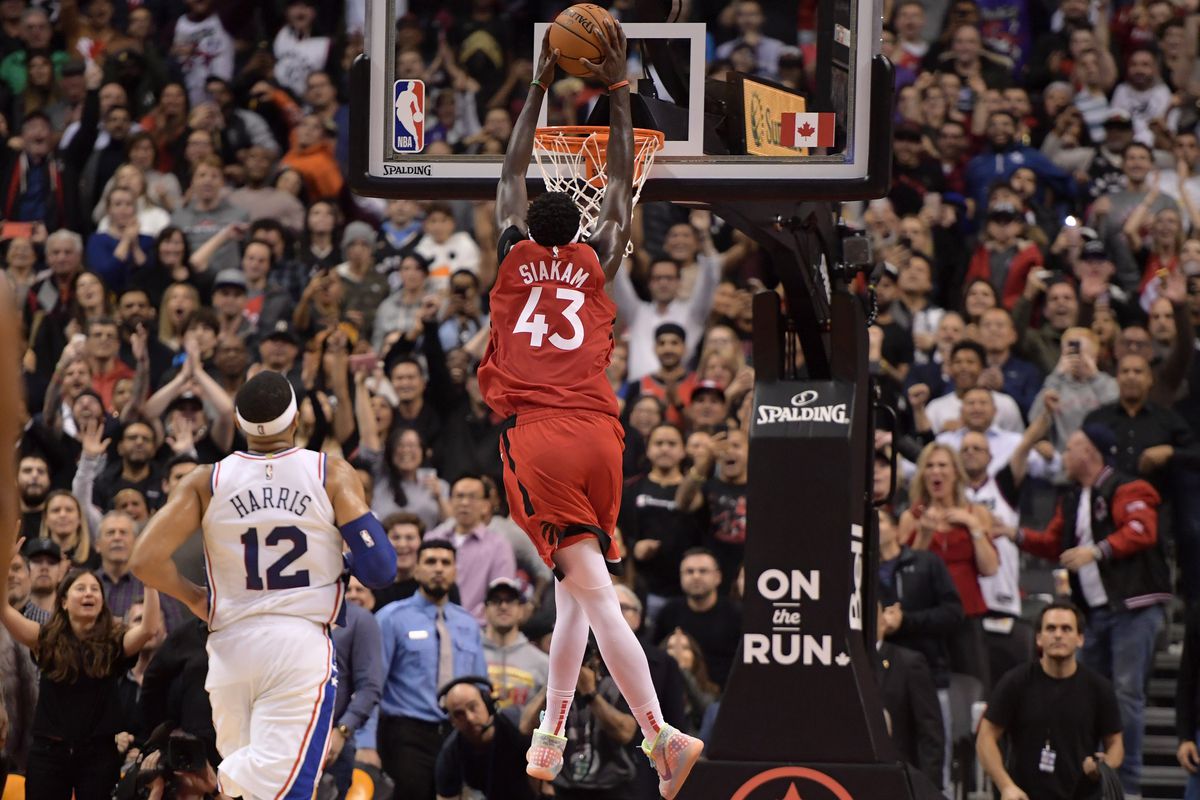 Photo courtesy of Dan Hamilton, USA TODAY Sports
With 61 seconds remaining in the game heroics were required to pull out a victory after a masterful defensive play all evening and Pascal Siakam stepped to the plate and made a three-point play that gave the Raptors a lead; notwithstanding he had a brilliant steal of a pass with 12 seconds left, and sealed the victory with a dunk at the buzzer.
Despite their short-handed roster, Nurse agreed the game was a good early-season test.
"Obviously, you'd like to measure a little bit more with your full complement of guys," Nurse said. "Some of these younger guys, or new guys, it's a test to see how they'll match up with a team that's obviously going to be in the hunt for the Eastern Conference Championship at the end of the year."
“I think we ended it with eight consecutive stops to end the game, that’s pretty good, especially in a close game like that,” said Raptors coach Nick Nurse after his team improved to 7-0 at home. 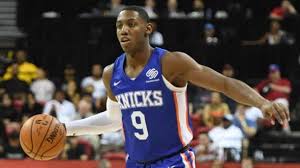