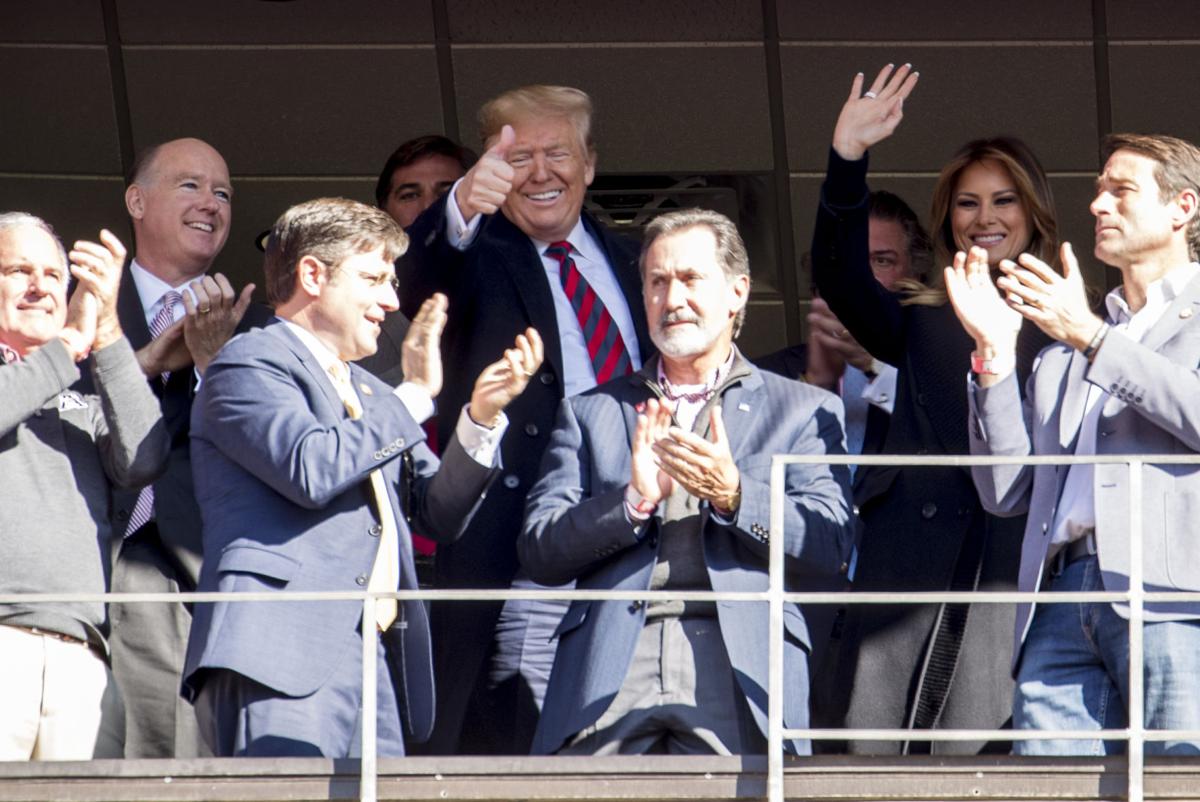 Photo courtesy of Andrew Harnik, AP
By Betsy Berns - BarnBurner.ca
FOOTBALL
After a 31-game home winning streak, Alabama lost to LSU, shaking up the college football ranking system. The Tigers beat the Crimson Tide 46-41, and according to former Alabama star and Heisman trophy winner Mark Ingram, the loss is because Donald Trump attended the game. The next set of rankings comes out Tuesday night, and LSU has a shot of eclipsing Ohio State with the number one slot.
In the NFL, the Cleveland Browns managed to win a game, but it was ugly. Quarterback Baker Mayfield threw a late game winning touchdown pass to Rashard Higgins for a Browns’ 19-16 victory. 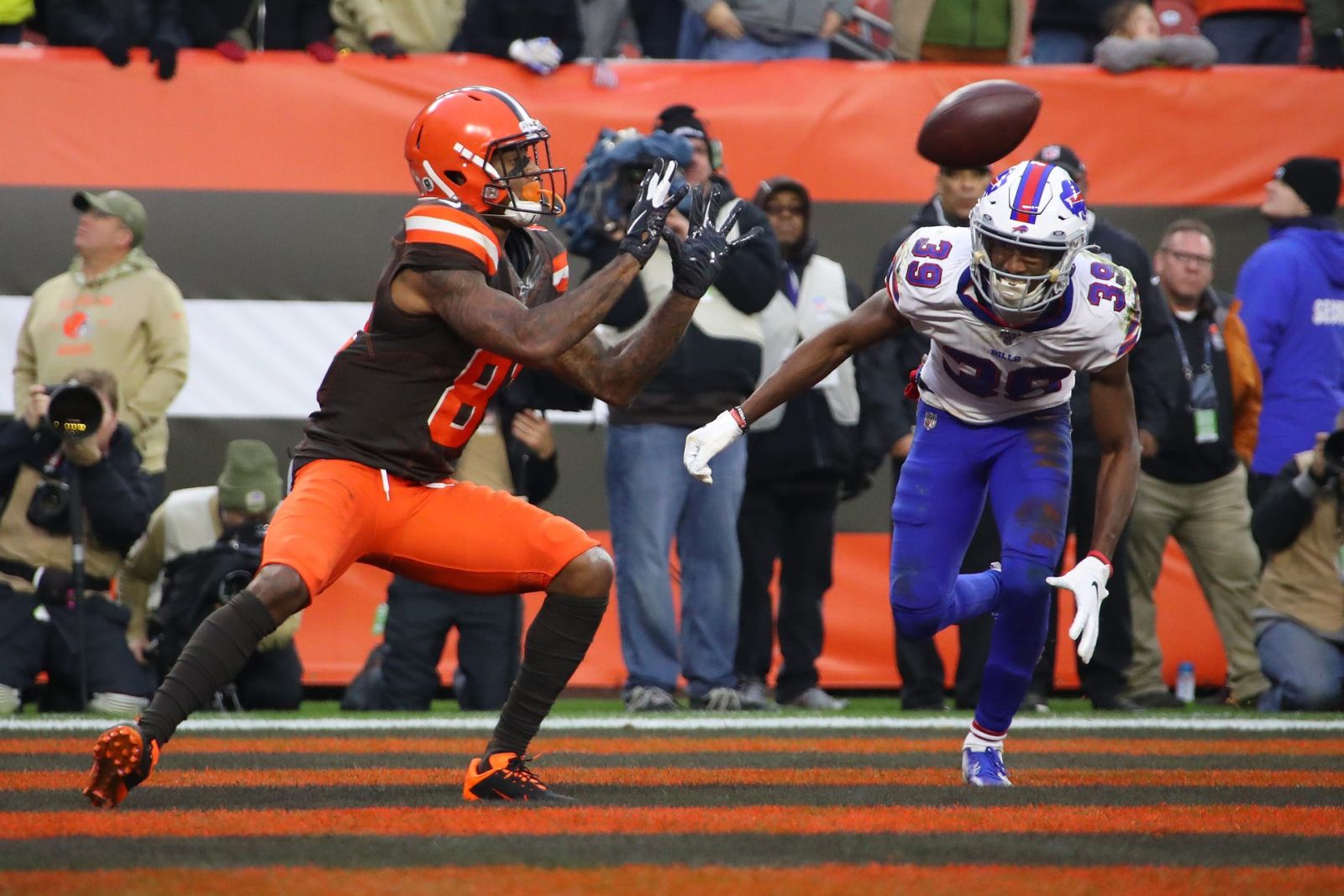 Photo courtesy of Gregory Shamus, Getty Images
Leading his Baltimore Ravens to another win, quarterback Lamar Jackson is cementing his legacy, but all anyone is talking about after the 49-13 trouncing of the Cincinnati Bengals, is his 47-yard run where he faked out a defender and spun around another for a impressive touchdown.
Photo courtesy of ESPN.com
In the battle of New York, the Jets found a way to beat the Giants. The Giants’ Saquon Barkley had nowhere to run, and Jets’ quarterback Sam Darnold finally had an interception-free game. Jets 34, Giants 27
Photo courtesy of Chris Faytok, NJ Advance Media for NJ.com
BASKETBALL 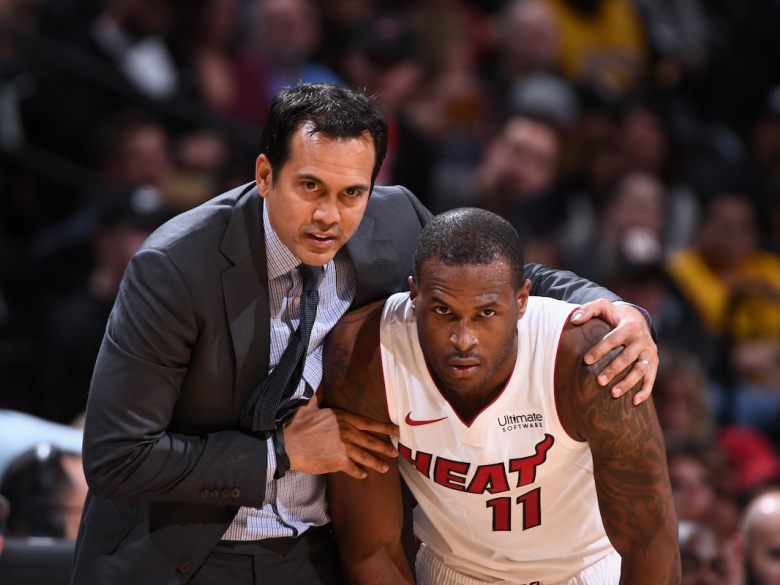 Photo courtesy of Garrett Ellwood, NBAE via Getty Images
The Miami Heat suspended Dion Waiters 10 games without pay. Waiters had an adverse reaction to edibles infused with THC (the active ingredient in marijuana) while on a team flight from Phoenix to LA. According to reports, Waiters experienced a panic attack. The Heat posted a statement saying, “We expect all of our players, including Dion, to conduct themselves in accordance with the highest standards, and to show professionalism and respect for their teammates, the team, the fans and the NBA community."