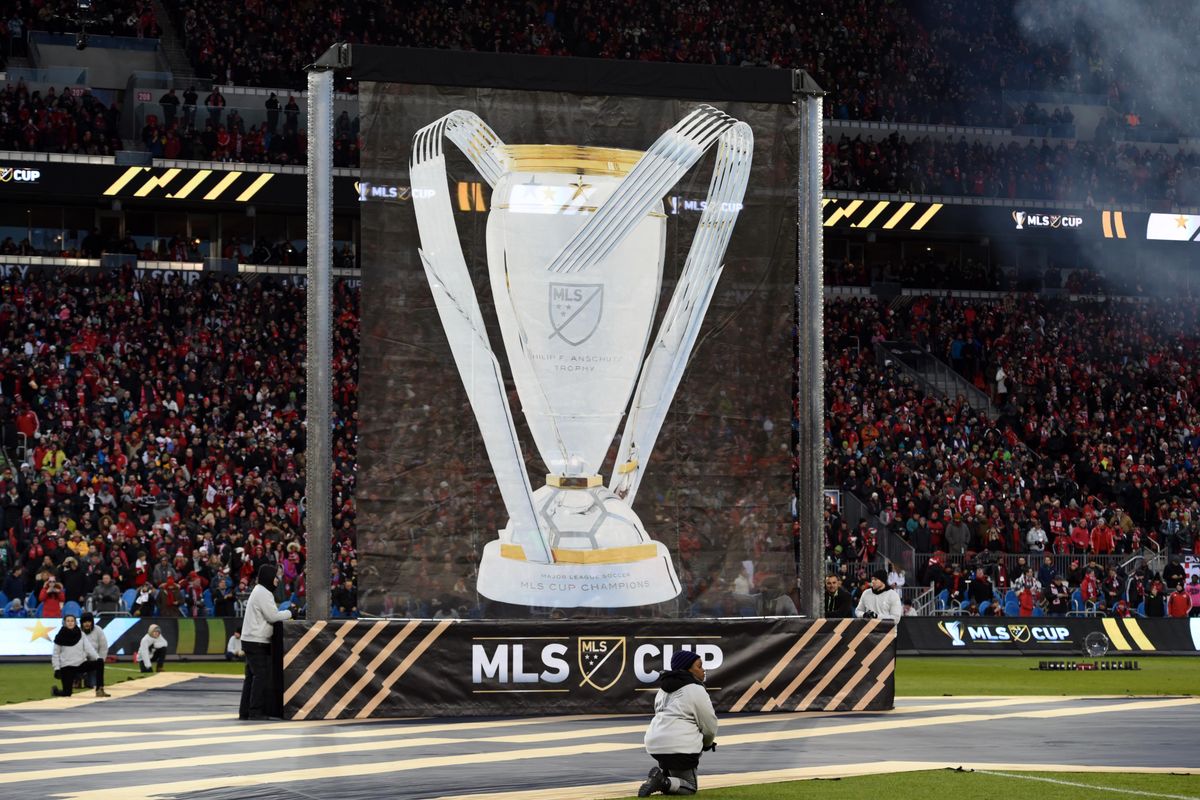 Photo courtesy of Kevin C. Cox, Getty Images
By Eduardo Harari
TORONTO. – The Reds got back to the task at hand after celebrating the victory over Atlanta United. This past weekend coach Greg Vanney reunited his squad at the BMO training rounds to start developing the course of attack against their familiar rival Seattle. 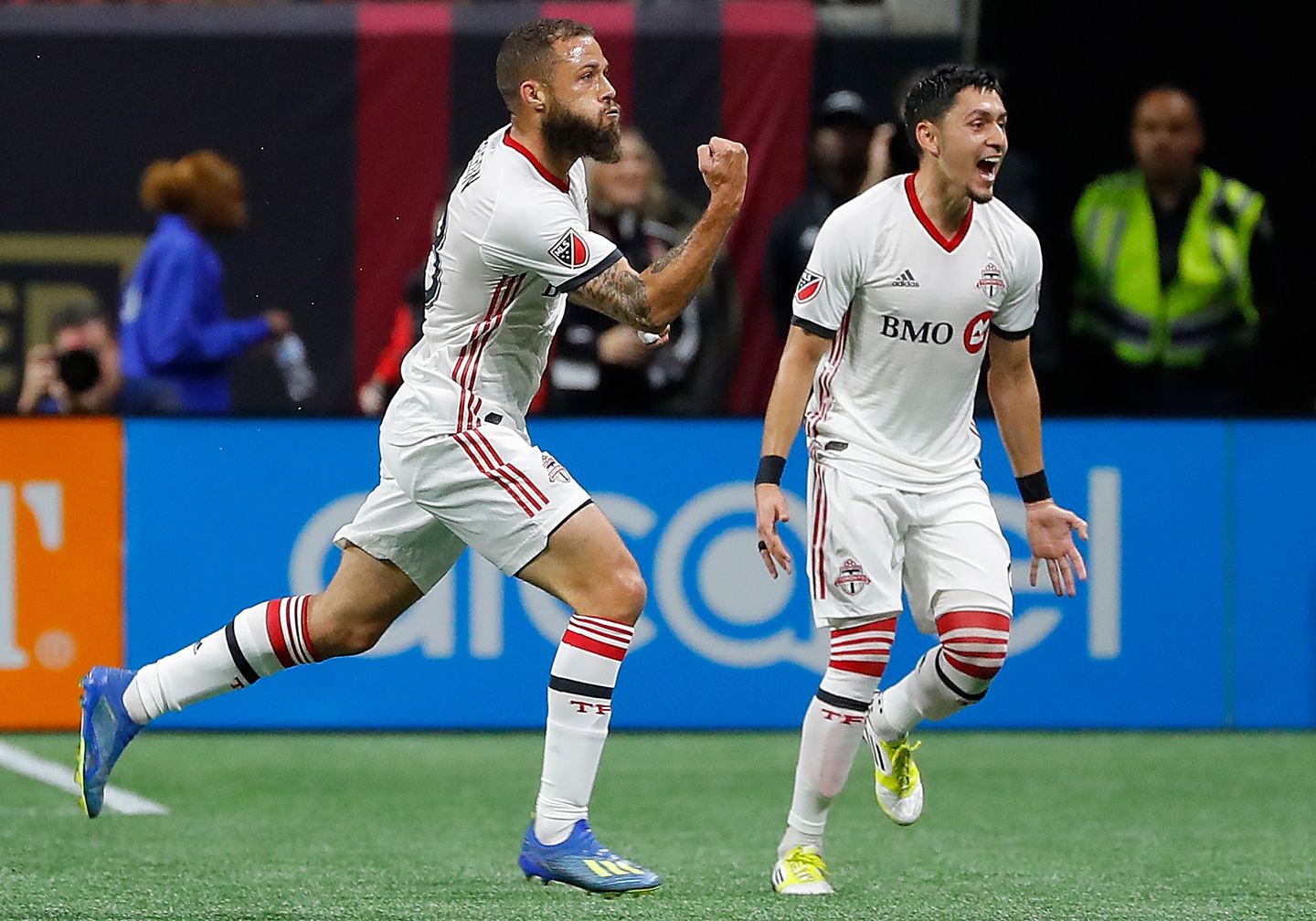 ''We had our night to enjoy the Eastern Conference championship. Now it's all back to business,'' said midfielder Nick DeLeon, who scored the winning goal in Toronto's 2-1 win over Atlanta United FC on Wednesday. ''We're 100% focused on getting bodies right and focusing on Seattle.''
The Nov. 10 showdown at Seattle marks the third MLS Cup appearance in four years between the teams.
''I think really it's incredible for two teams now in the league, with 20-plus teams, to find their way back through both conferences three times out of four years,'' Toronto coach Greg Vanney said. ''There's really something special to that.''
Both teams have sparkling resumes, although it took Toronto awhile to establish itself. It joined the league in 2007 and did not make the postseason until 2015. Seattle, which came on board in 2009, has never missed the playoffs. 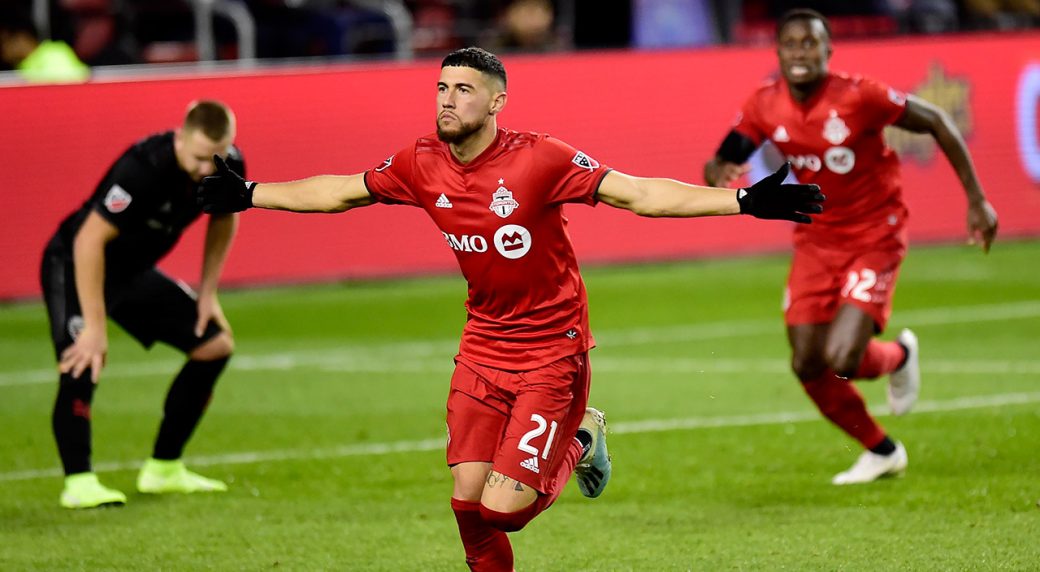 Photo courtesy of Frank Gunn, CP
''It shows the consistency of the clubs in the last four years and what it means to be a top club in this league,'' midfielder Jonathan Osorio said. ''All three times that we've made it to the MLS Cup, we've done it different ways. So, it's pretty amazing. I think Seattle has done it different ways as well.''
TFC is in no hurry to get to Seattle, choosing to arrive Thursday for the Sunday game.
The Nov 10th match has been scheduled for a 12 p.m. start, which will put a strain on the players and the fans as to their usual routines.
“We were supposed to have a home playoff game against D.C. (United) at noon (Oct. 19) and we were able to push it to (6 p.m.). I think it’s an early start and it kind of loses it’s prime-time sort of feel,” said Vanney. “But at the same time, I understand that between television and everything else, they really determine when things start. So, we do what we gotta do.”
The coach said a noon start will present some unique challenges.
“Everything is fast, which is in some ways maybe isn’t the worst thing as you’re not waiting around,” said Vanney. “By the time you wake up and you do your routine, you’re on the bus, you’re at the stadium before you know it and the game is on. Everything is really kind of in fast. Meetings or anything that you would spread out over the course of the day, it’s placed into hyper-speed.
“In terms of the guys, in general, I think most of the teams, ours included, we’re used to training at 11, so it’s kind of a normal training time,” the coach added. “But what always makes the game day special is that you play in the evening, you play under the lights … and that’s what always makes game day feel different than training day.” 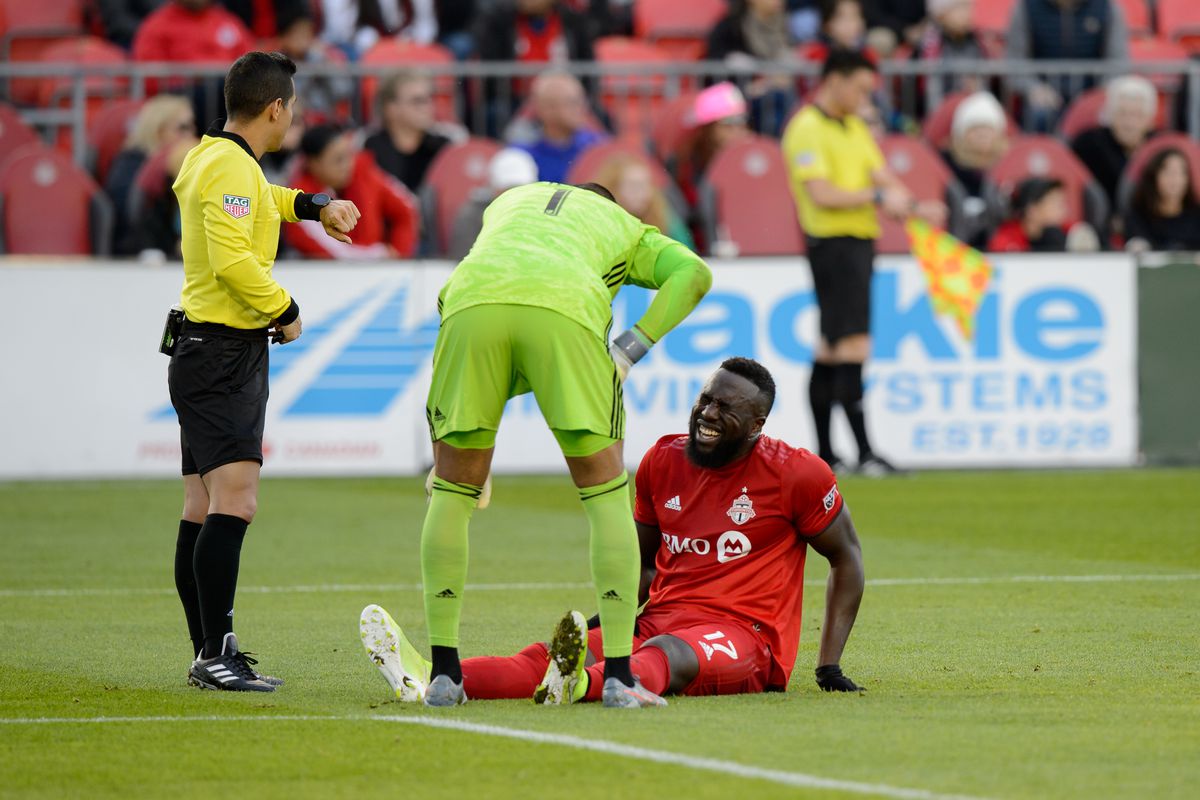 Photo courtesy of Julian Avram, Icon Sportswire
Star striker Jozy Altidore worked out with a trainer away from the rest of the team as he tries to recover from the quad strain that kept him out of the playoffs so far.
Vanney hopes Altidore can resume training with the full group in the next few days.
Lagerwey’s Sounders didn’t receive much love as a clear title contender going into the Audi 2019 MLS Cup Playoffs, likely due to an up-and-down regular season that never saw the team kick fully back into gear following a blazing hot start.
The GM has told anyone who would listen throughout the year he believes the roster he constructed was built to do exactly what it just did: Blaze through the Western Conference playoffs and a make a run at another championship. The Sounders now find themselves in the position of playing a final in their own building for the first time ever, with a chance at winning their second MLS Cup in four years.
“I think this is the best team we’ve ever had in Seattle,” Lagerwey told the media. “I’ve said from day one of the season. I still believe it. You mix that preparation, the excellent preparation, with excellent talent and excellent character of staff and players, I think that’s been our formula that’s allowed us to have sustained success.
“Now we’ve got to go win this thing.” 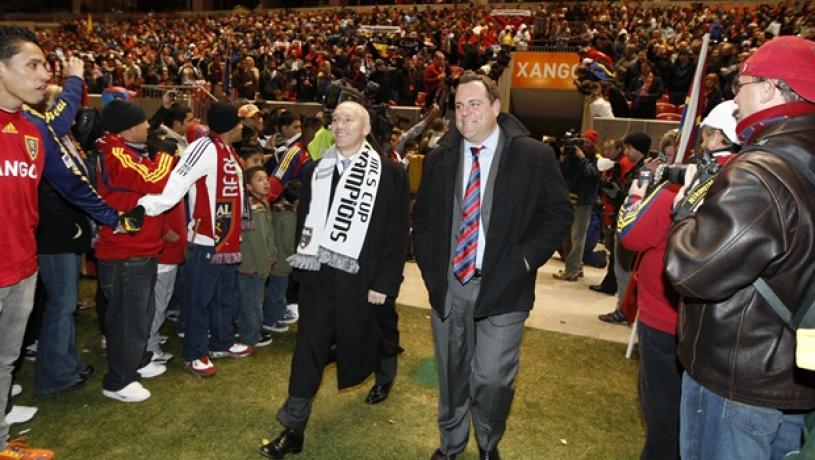 Photo courtesy of George Frey, RSL Communications
It also represents a chance for Lagerwey to get the better of an opposing front office and coaching staff he knows quite well. Lagerwey worked with both TFC president Bill Manning when he held the same post at RSL, and head coach Greg Vanney when he was RSL’s Academy director from 2008-2011. He was also a classmate of TFC general manager Ali Curtis at Duke, and the two have remained friends since their college days.
“My old boss runs TFC, so for me, I want to beat Bill Manning,” Lagerwey said. “It comes down to that. There’re tons of connections between the clubs, I have a ton of respect for those guys, a whole bunch of talented people over there.
“It’s almost like the perfect completion to the trilogy now,” he added. “We’re playing one in Seattle and we’ve got to win and see if we can assert the upper hand. And I think, again, if you’re able to win this game, you get some real respect in terms of MLS teams that have accomplished something. But if you don’t, then you’re a footnote.”