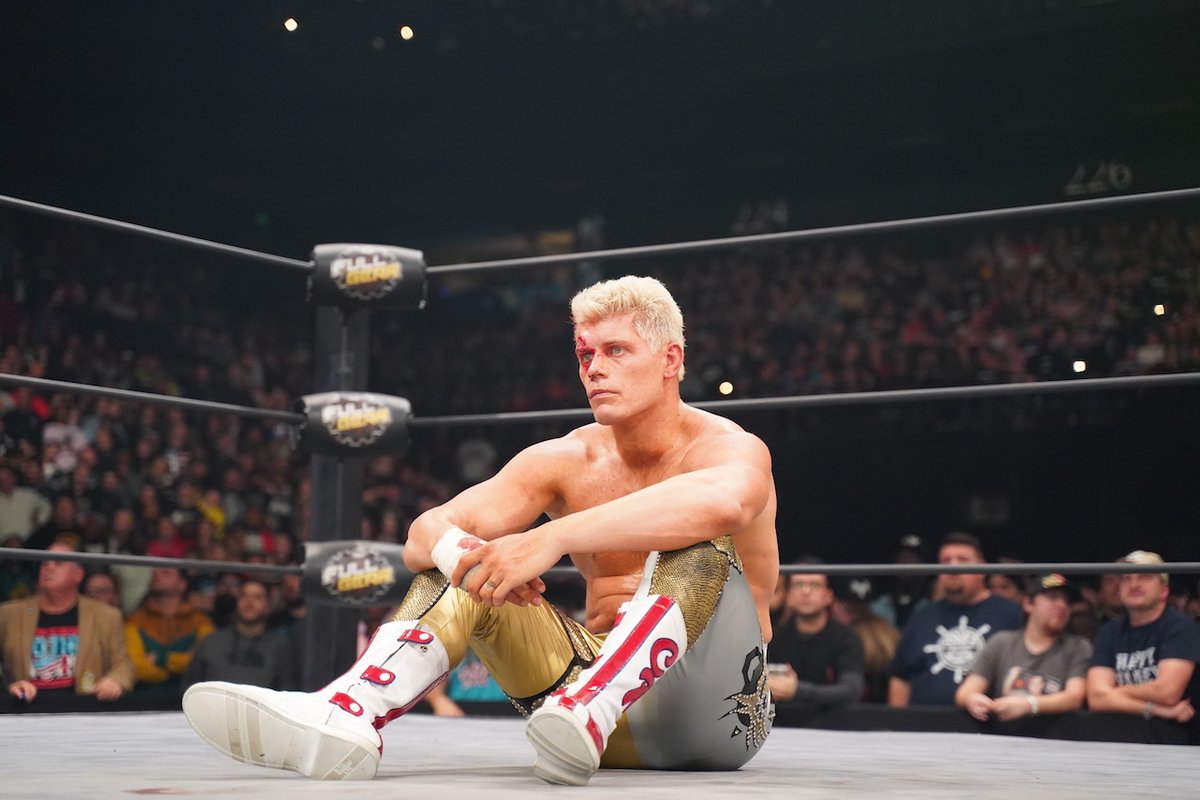 Photo courtesy of All Elite Wrestling
By Giancarlo Aulino
TORONTO. - It was a night to remember for AEW on Saturday night as the company held their first PPV event since their debut on TNT and didn't disappoint.
One of the most talked about matches on the card saw AEW World Champion Chris Jericho, who was celebrated his 49th birthday, successfully retain his title against "The American Nightmare" Cody, in a grueling matchup.
Following the event, Jericho said that he and Sammy Guevara will be challenging SCU for the AEW Tag Team Championships on Wednesday night's episode of Dynamite, so there may be some more gold coming to the Inner Circle this week.
The match was a entertaining back-and-forth contest that told a great story and concluded with MJF, who had been in Cody's corner, throwing a towel into the ring to put a stop to the match because of the amount of punishment Cody took and to stop him from taking any more pain while Jericho had the Walls of Jericho locked in.
As a result of the loss, Cody can no longer challenge for the AEW World Championship, which had been the stipulation coming into the event.
After the match, MJF would turn on his best friend Cody by hitting him with a low blow. This came as a shock to many not because he turned, but due to the reason that the company built the friendship between the two and it looked as though the they may continue the storyline a little longer.
MJF turning on Cody was inevitable because aside from Jericho, he is arguably the top heel in the company and is suited much better for that role as opposed to being a babyface.
Cody vs MJF could be a rivalry that further establishes MJF as a bonafide superstar in today's wrestling landscape. The rivalry doesn't need a championship on the line becuase of how well the friendship has been built on TV and on Being the Elite. Whether MJF joins the Inner Circle or remains solo, this could be an entertaining feud on AEW: Dynamite for weeks to come.
As it pertains to Jericho, it will be interesting to see who'll be the next challenger for his world title. Based on the results of Full Gear and the new AEW rankings, a rematch between Jericho and Adam "Hangman" Page can be a likely scenario for the next AEW PPV event or a match between Jericho and Jon Moxley, who is coming off a win over Kenny Omega in an unsanctioned match.