Can Elon Musk renegotiate a lower price for his Twitter deal? 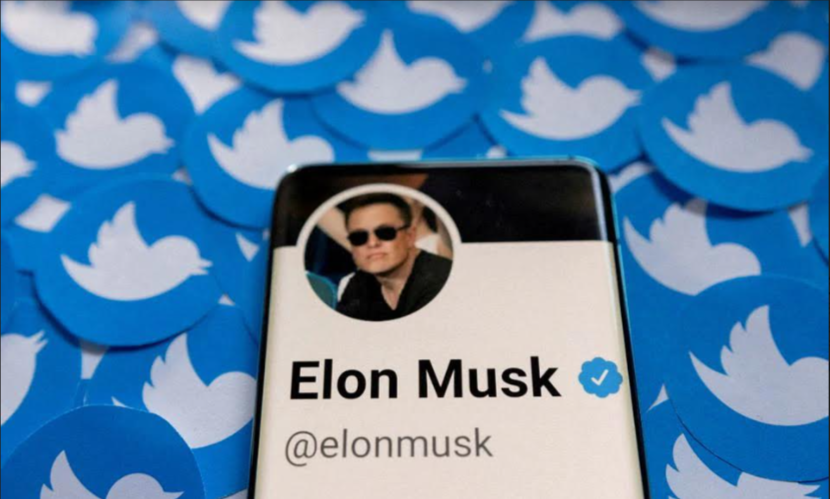 Toronto. - Twitter Inc (TWTR.N) shares have plunged to their lowest level since the social media company agreed to sell itself to Elon Musk for $44 billion on April 25, raising questions over whether the world's richest person will try to renegotiate the deal.

On Tuesday, the implied probability of the deal closing at the agreed price fell below 50% for the first time, when Twitter shares dropped below $46.75. That is halfway between the deal price and the price of the shares before Musk revealed he had amassed a stake in the social media company on April 4.

News that Musk would lift a ban on former President Donald Trump's Twitter account, while significant politically, did not move the stock. read more

Twitter shares have plunged along with the wider collapse in technology stocks, as investors fretted over inflation and a possible economic slowdown. Some investors, such as short seller Hindenburg Research, have speculated about whether Musk would try to negotiate a lower deal price before closing.

Musk has not indicated he is planning to re-open negotiations and his representatives have declined to comment on the issue.

Here are answers to some key questions.

WHY WOULD MUSK WANT TO RENEGOTIATE THE DEAL?

Musk has an estimated net worth of almost $240 billion according to Forbes, yet most of his wealth is tied up in shares of Tesla Inc (TSLA.O), the electric car maker he leads.

Musk has already moved to raise some cash to fund the acquisition of Twitter. He sold $8.5 billion worth of Tesla shares and took out a $12.5 billion margin loan secured against his Tesla stock. Last week he reduced that margin loan to $6.25 billion after bringing in co-investors. Musk said in a regulatory filing he may seek more funding for the deal.

While Musk has said he does not care about the economics of buying Twitter, some investors think the 27% drop in Tesla shares since he revealed his stake is driven partly by concerns, he may have to sell more shares. Therefore, Tesla's stock would be under less pressure if Musk can negotiate a lower acquisition price. Some co-investors may egg him on if they become concerned about overpaying.

HOW COULD MUSK NEGOTIATE A LOWER PRICE?

Musk can threaten to walk away from the deal unless Twitter's board agrees to reopen negotiations. He is contractually obligated to pay a $1 billion break-up fee, but Twitter would have to sue to get more than that in damages or try to force Musk to complete the deal.

There is plenty of precedent for a renegotiation. Several companies repriced agreed acquisitions when the COVID-19 pandemic broke out in 2020 and delivered a global economic shock.

In one instance, French retailer LVMH (LVMH.PA) threatened to walk away from a deal with Tiffany & Co. The U.S. jewelry retailer agreed to lower the acquisition price by $425 million to $15.8 billion.

ARE THERE RISKS TO TRYING TO RENEGOTIATE?

There is no certainty that the strategy would work, and it could end up costing Musk more money.

First, Musk would have to convince Twitter he would really walk away. Then there are legal hurdles, including a "specific performance" clause that the social media company can cite for a judge to force Musk to complete the deal.

Acquirers who lose such a case are almost never forced to complete an acquisition, but target companies can seek monetary relief for the price of the abandoned deal.

Acquirers seeking an out sometimes turn to "material adverse effect" clauses in their merger agreement, arguing the target company has been significantly damaged. But the language in the Twitter deal agreement, as in many recent mergers, does not allow Musk to walk away because of a deteriorating business environment, such as a drop in demand for advertising or because Twitter's shares have plunged.

Musk also waived his right to carry out due diligence when he negotiated the Twitter deal, trying to get the company to accept his "best and final" offer. This makes it harder for him to argue in court that Twitter misled him.