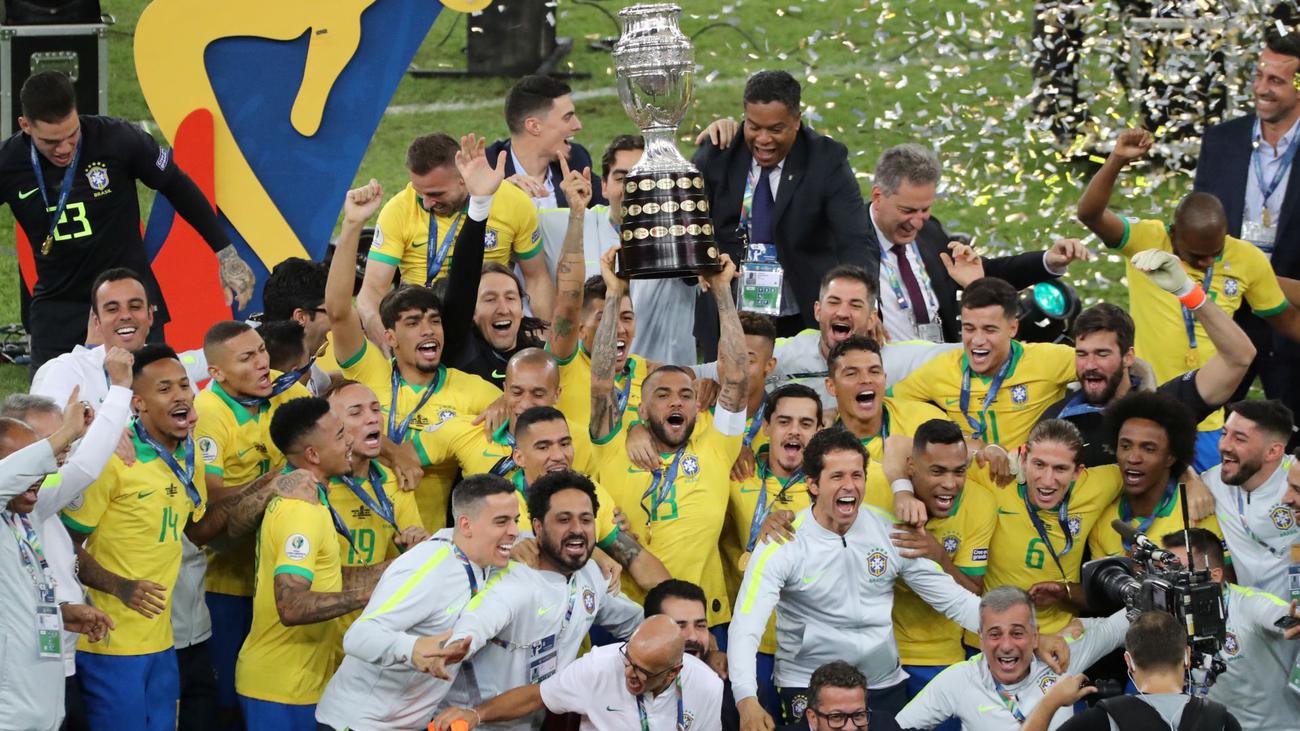 Photo courtesy of beIN Sports
By Eduardo Harari
TORONTO. – It has been almost 5 years since Brazil hosted the World Cup and then was ousted in a horrific battle with Germany that placed Brazilian football at its lowest point in history. Brazil has never looked better before a game at home than in this occasion even with the absence of their prodigy son Neymar who gave them their first Olympic gold medal in Maracanã in 2016.
Brazil arrived full of confidence looking at their opponents of Peru just happy to have reached the coveted final game after a 44-year absence. Peru was hoping to play the spoiler role putting a valiant fight than in their group round game against Brazil.
Peru fired a warning shot within two minutes of the start of the contest, but Alisson’s dive saved the day. The Brazilian countered with finesse and might penetrating through the Peruvian defense and just when they didn’t expect the Gremio star Jesus broke through long enough to put the finishing touch on a masterful run for the first score of the match for Brazil.
Brazil was looking great until disaster stuck on a play that Thiago Silva makes any given day. On this occasion it became Brazil demise when Thiago went up to block a cross and the ball dipped and instead off hitting his chest, the ball touched his arm and a penalty was awarded to the Peruvians which Paolo Guerrero used to equal the match at 1.
This was the first time Brazil conceded a goal in the tournament. Brazil quickly answered back during the additional stoppage time when Jesus once again showed his talent on a superb pass by Arthur and penetrated the Peruvian area and delivered the second goal of the game for Brazil.
Peru breathed a little relief when after committing his second infraction of the game, Jesus was expelled from the pitch and for the next 20+ minutes Peru would have a one man advantage. It was not enough as Brazil played a brilliant and dynamic remainder of the game and in the 87th minute scored the cup clincher on a penalty shot by Richarlison with a slight touch place the ball in a spot that no goalie would ever get to.
Brazil claimed the Title and the bragging rights of South American football.  Brazil won't have a long time to defend the title as the next Copa America will held next summer, co-hosted by Argentina and Colombia.
Copa America Conmebol Brazil 2019 Brazil Peru Maracanã Stadium World Cup Olympics Argentina Colombia Gremio CF Thiago Silva Paolo Guerrero Gabriel Jesus Roberto Firmino VAR Coutinho Arthur beIN Sports Spanglish Sports World Frecuencia Deportiva Eduardo Harari La Portada Canada