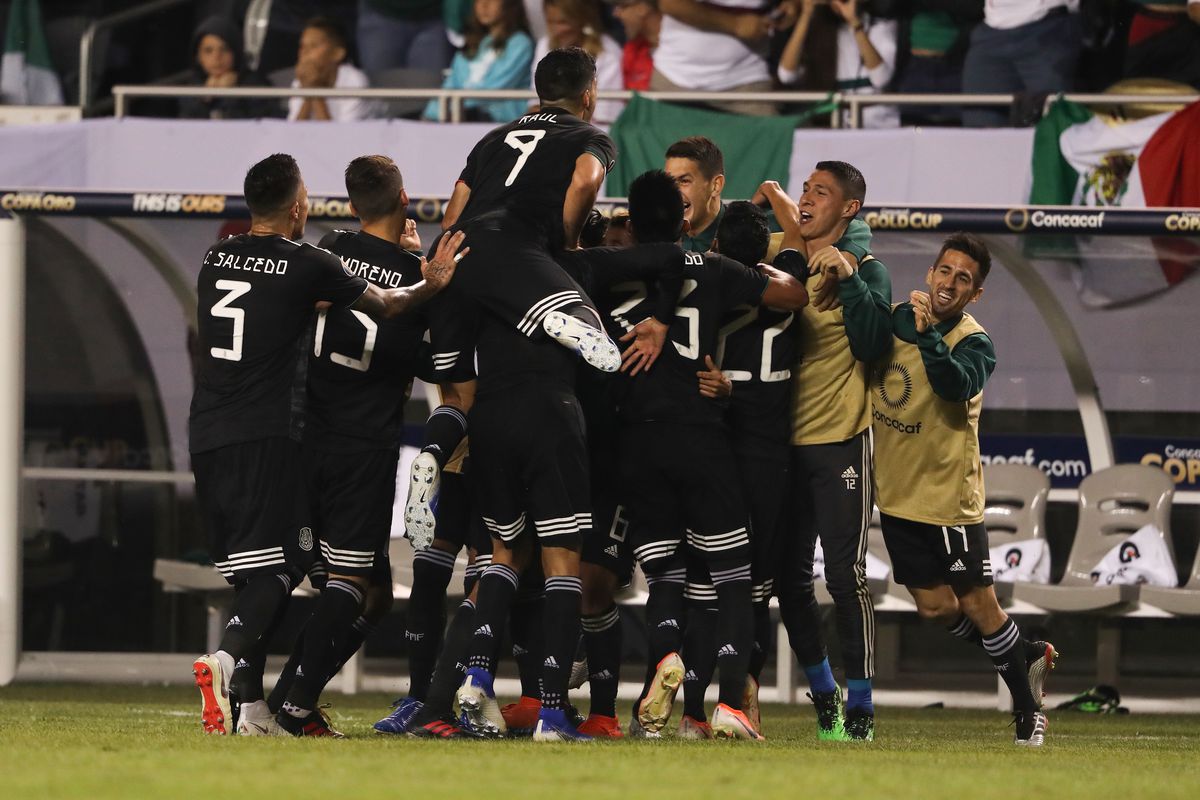 Photo courtesy of Stars and Stripes FC
By Eduardo Harari
TORONTO. – From the confines of Azteca Stadium in the heart of Mexico to the “Grito” inside Soldier field in Chicago, The Chicano spirit was loud and clear as EL Tri colors flew throughout the stands. Before the start of these game all the predictions favored the US Men’s team as Mexico was playing a handicapped match without their top 3 forwards and with a supposed field advantage.
This US team had something to proof after failing to qualify for the World Cup last year. They also needed to match the result obtained by their counterparts in France hours before. Yes, one might say that that is a lot of burden and pressure on this team but then again isn’t this what they lived for all along? The pride of representing their country on the biggest stage in the world.
“For 90 minutes Mexico was the better team” said USMNT coach Gregg Berhalter. Mexico control the ball for over 58% of the contest. The US squad manage only 10 shots on net to the 20 by their opponents.
The Mexican goal came on a play started by Dos Santos of the L.A. Galaxy, who crossed the ball over Rodolfo Pizzaro, who executed a sensational pass to Raul Jimenez, who played the ball forward on a reverse touch to Dos Santos for the score on the net guarded by Steffen.
From there I was all downhill for a USMNT team that looked just demolished and out of air. They had various opportunities but were blocked by a superior Mexican defensive unit that looked fresh at all stages of the game.
“We couldn’t quite find the first pass to get out in certain moments,” midfielder Michael Bradley said. “Obviously then you get a little bit tired, and they start to gain some momentum, obviously. It culminates with them getting them the goal.”
“We just couldn’t put our chances away tonight,” Altidore said. “If you look at that 10-, 15-minute period, we kind of lost the game a bit. We were trying to play out of the back and stick to our guns, but maybe it was a time to kind of get up the field and try to get in their half and kind of change that momentum a bit. ′
The 62,493 fans that attended the Gold Cup final had no recourse but to applaud the efforts demonstrated by a great Mexican team that against all odds came out the victor in this occasion.
Mexico was playing in its first tournament under new coach Tata Martino. El Tri has not lost a competitive match to the U.S. since 2013, winning three, drawing one and re-establishing itself as the region’s power.
"I'm happy with the result, the title, but what I'm also very clear about is that even if we hadn't won against the United States, nothing would have been modified going forward," said Martino, who in just six months at the helm of Mexico's national team has his first title achieved in a national team tournament.
"Achieving victory is always a positive thing and fills you with satisfaction, but for us in this new process it has a special meaning because it has shown us that we are on the right track and therefore, on the context of the final result I am very happy", mentioned Martino. "Even though we didn't play well in the first half, my approach didn't change in the second, because I trusted the players."
Immediately after the Mexican victory a chain of comments began to be seen on social media about the possibility of Mexico returning to participate in the Copa America and The Copa Libertadores and leaving the Concacaf tournaments.
"The Mexican Federation should consider to the Copa America; there the rivals have a better level and that helps Mexico more because I think the level of the Gold Cup is very low and at the end it doesn’t help us" - Cuauhtmoc White
"Not allowing the Mexican team to participate in the Copa América has been one of the stupidest decisions that have affected Mexican football just to make money, they are interested nothing more economically and not the sporting. We’ll still be stuck in the same place where we have been for many years now. Hugo Sánchez, former captain of the National Team
Concacaf MLS Soccer Copa de Oro FIFA Mexico USA Soldier Field Estadio Azteca EL Tri Chicago World Cup USMNT Gregg Berhalter Dos Satos Rodolfo Pizzaro Raul Jimenez Steffen Michael Bradley Jozy Altidore Tata Martino Copa America Cuauhtémoc White Hugo Sánchez Stars and Stripes FC Spanglish Sports World Frecuencia Deportiva Eduardo Harari La Portada Canada