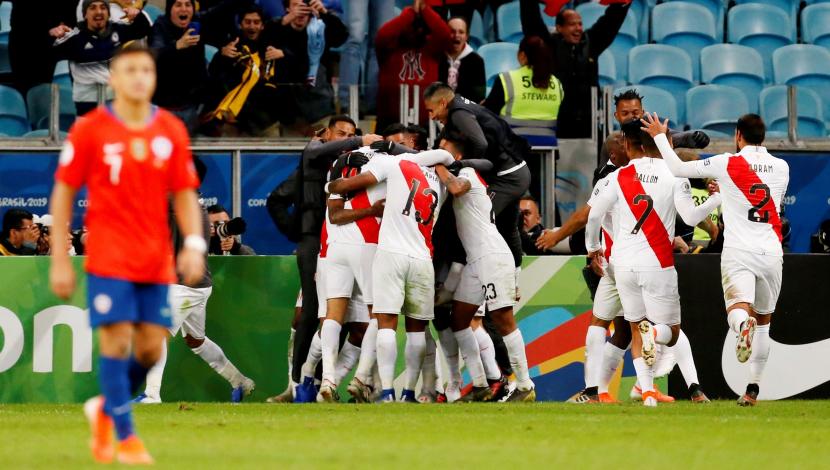 Photo courtesy of AFP
By Eduardo Harari
TORONTO. – Last night might have been a night Ricardo Gereca, Peru’s National Coach, might never forget as he has built a Peruvian side that will be remembered for a long time. With a convincing 3-0 win over a fortified Chilean squad, Peru returns to the final of the Copa America after 44 years.
Flores, Yotun and Guerrero provided the fire power to defeat Chile’s mighty defensive core while Pedro Gallese showed tremendous skill and prowess through out the match protecting the Peruvian net.
Peru has shown renewed technical skill and determination over the last 4 years by qualifying for the 2018 World Cup and 2019 Copa America.
Sunday will proof to be their most important match against a Brazilian squad that has everything on the line after a disastrous showing during the 2018 World Cup.
Copa America Conmebol Brazil 2019 Peru Chile Flores Yotun Guerrero Ricardo Gereca Pedro Gallese AFP Spanglish Sports World Frecuencia Deportiva Eduardo Harari La Portada Canada