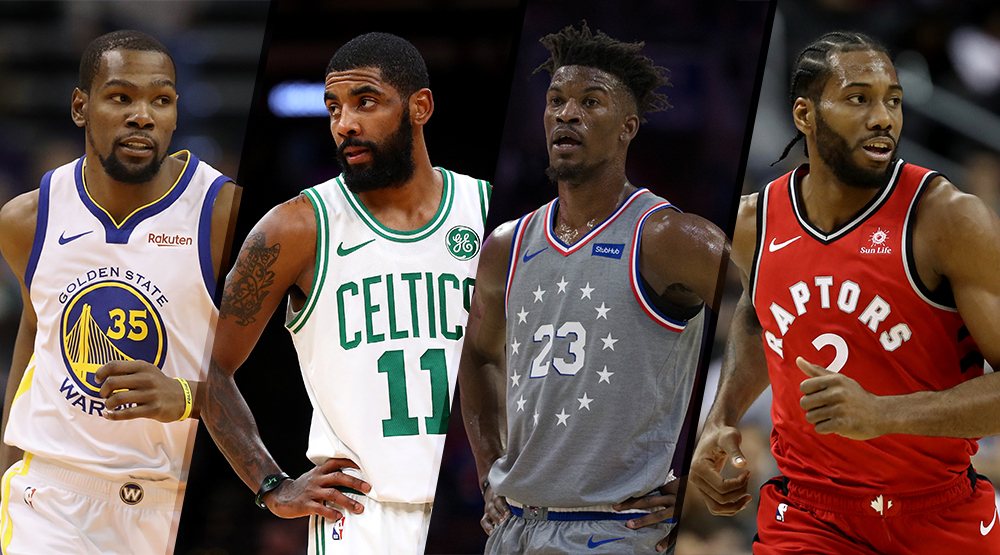 Photo courtesy of The Big Lead.com
By Eduardo Harari
Toronto. – When the first day of the free agency opened its doors no one imagined that so many changes would take place and that all expectations were thrown out the window. Under new NBA regulations, free agency started at 6 p.m. om June 30th, but negotiations are estimated to have been rolling since the end of the NBA Finals.
The NBA world was waiting to hear what would happen to the top three stars of this list of free agents.  Would Kawhi Leonard remain with Toronto to double his success of last season or would he look to go home and join either the Lakers or Clippers? What would be the fate of Kevin Durant and Kyrie Irving was another unknown as neither of us expected them to end up in the Western Conference?
So far, the surprise was given by the Brooklyn Nets when they signed Kevin Durant, who although injured will be a tremendous weapon to that lineup upon his return and now also has one of the best three-point shooters in Kyrie Irving. The Nets have invested about $205 billion in the first day of free agency leaving their New York rivals in the rear by failing to offer Durant the maximum allowable for his services.
With over 200 Free Agents on the market this off-season it's a little hard to keep abreast of all transactions and when they happen. These transactions do not become official until July 6 when the agreements are ratified by the NBA after the Independence Day holiday, which can cause unexpected changes.
Here's a list of the latest developments in the NBA Free Agency:
The 20 Best Free Agents in the NBA
NBA NBAPA Adam Silver Kawhi Leonard Kevin Durant Kyrie Irving Los Angeles Lakers Los Angeles Clippers Toronto Raptors Brooklyn Nets New York Knicks The Big Lead.com Spanglish Sports World Frecuencia Deportiva Eduardo Harari La Portada Canada