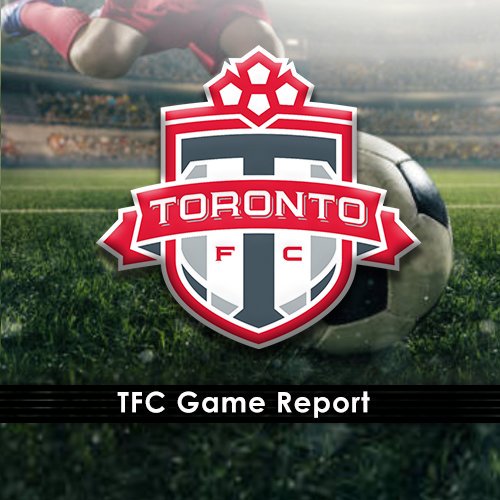 TORONTO. - LAFC striker Carlos Vela played spoiler on Saturday night after as his penalty late into
stoppage time was enough to tie the game 1-1 and result in Toronto only getting one
point in California as opposed to the full three points.
Toronto coach Greg Vanney went to 4-2-3-1 formation with Quentin Westberg getting
the start in-goal, Auro Jr., Chris Mavinga, Omar Gonzalez, and Richie Laryea on the
backline, Marky Delgado, Alejandro Pozuelo, Tsubasa Endoh, and Michael Bradley in
the midfield, and Jozy Altidore as the lone striker up top.
Toronto did an excellent job early on in using the midfielders on the wing to create
scoring opportunities for themselves and were composed defensively against a strong
offensive LAFC side, who came into this game with a goal differential of +44.
All eyes were on Mark-Anthony Kaye, who was playing against his hometown team,
where spent two years developing through their academy following a successful U-
Sports career playing for Carmine Isacco on the York U Lions. The 24-year old has
come into his own in LAFC’s midfield and has been one of the players who’s played a
pivotal role in the team’s success this season.
Toronto FC got on the scoresheet in the 18 th minute, when Tsubasa Endoh received a
pass from Jozy Altidore, and used the time and space available to him to strike a
perfectly placed shot with his left foot that went in the opposite end of the net, giving his
team up 1-0.
Toronto remained defensively sound in the second half, even when the possession
started to shift in LAFC’s favor. Bob Bradley’s side were getting a few opportunities of
their own; Mark-Anthony Kaye sent a great lob pass for Latif Blessing, but he was
unable to connect, which led to Toronto sticking to their game plan and not overreacting
to their opponent getting closer to a goal.
Unfortunately for Toronto, LAFC would tie the game in stoppage time after VAR
determined that defender Chris Mavinga committed a foul in the box, resulting in a
penalty being awarded to LA.
Carlos Vela stepped up to the penalty spot for his team and successfully struck the ball
past Quentin Westberg for his league-leading 29 th goal of the season and 29 th goal in 28
games. The referee would blow the whistle to end the game shortly after, leaving
Toronto having to settle with one point in a game they could’ve won had it not been for
the one crucial error in stoppage time.
There would be good news for Toronto FC and their fanbase as the Montreal Impact
were defeated by LA Galaxy, which means Toronto have clinched their first playoff birth
since 2017, which saw them capture their first MLS Cup.
Toronto FC Bill Manning Ali Curtis Greg Vanney LAFC Carlos Vela Quentin Westberg Auro Jr. Chris Mavinga Omar Gonzalez Richie Laryea Marky Delgado Alejandro Pozuelo Tsubasa Endoh Michael Bradley Jozy Altidore Mark-Anthony Kaye Carmine Isacco Bob Bradley Latif Blessing Montreal Impact Giancarlo Aulino Spanglish Sports World KBuena Radio Barn Burner Network La Portada Canada