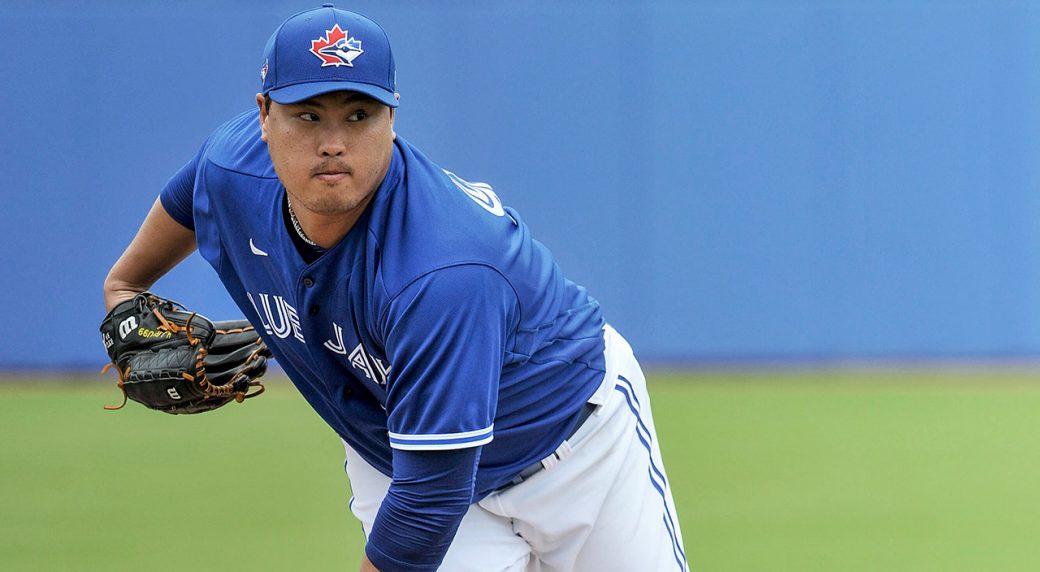 Photo courtesy of Steve Nesius, CP
By Logan Lockhart, BarnBurner.ca
TORONTO. - Top Pitching Prospect Nate Pearson Continues to Impress, Solidifying Himself As The Story Of Spring Training
Spring Training for the Blue Jays in 2020 has started off as good as any Major League team can hope for. Injury free for the most part, and steady performances from key contributors has directed the Blue Jays into a world of positivity when focusing on the week of February 24th-March 1st.
Toronto has demonstrated early that all the regulars will get two at-bats per game over the course of Spring Training. Other than slow offensive starts from Bo Bichette and Anthony Alford, there is no reason for concern when viewing the early spring numbers from the Blue Jays squad. Even with slow starts from anyone quite frankly, it is way too early to pinpoint on an individual's performance as a reflection on what is to come. One notable Blue Jay to keep an eye on as we start a new Spring Training week though however is Travis Shaw.
Shaw signed with Toronto in December to compete with Rowdy Tellez at first base. In eight at bats so far this spring, Shaw is hitless, and it appears he will play a bigger role than we initially thought when the regular season begins. On Saturday afternoon against the Phillies, Vladimir Guerrero Jr. was the designated hitter and Shaw played third base, which indicates that this will be Charlie Montoyo’s plan for the entirety of the season on days when Guerrero is limited to his DH role. The Blue Jays will rely on production from Shaw at multiple positions and his performance in the spring will be monitored, after coming off an underwhelming season with the Brewers in 2019.
The major point of discussion this week for the Blue Jays was the much-anticipated spring debut of newly signed ace of the Blue Jays rotation--Hyun-Jin Ryu. The former Dodger took to the mound Thursday against the Twins, throwing 41 pitches in two innings, allowing one run and three hits. In his two innings of work, Ryu showed signs of what is to come and something that the Blue Jays haven’t seen in two seasons--stability at the top of the rotation. His performance Thursday is irrelevant. The Blue Jays have got their hands on a pitcher that has command and is used to high pressure from his days in Los Angeles--pressure that he will endure, as for the first time in his MLB career, Ryu will act as the leader of a rotation, something that wasn’t possible when pitching behind Clayton Kershaw.
Top pitching prospect Nate Pearson will be the 2020 version of Guerrero Jr. and Bichette from 2019. A young, budding star ready to soon make the jump to not only be a Major League player but make an impact with the big club. On Tuesday, Pearson made his spring debut where he was nothing short of dominant. One inning, three strikeouts-- a short and sweet appearance which can only make Blue Jays fans even more excited for Pearson’s continuous growth throughout the spring. Pearson will likely be the talking point amongst the Blue Jays community for the rest of 2020 Spring Training.
As of March 1st, the Blue Jays are 5-2 in Spring Training. The long-winded pre-season will continue to be at full speed until 2020 Opening Day on March 26th, when Toronto will host Boston to open the regular season.