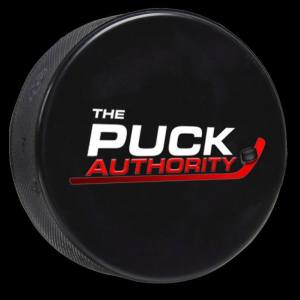 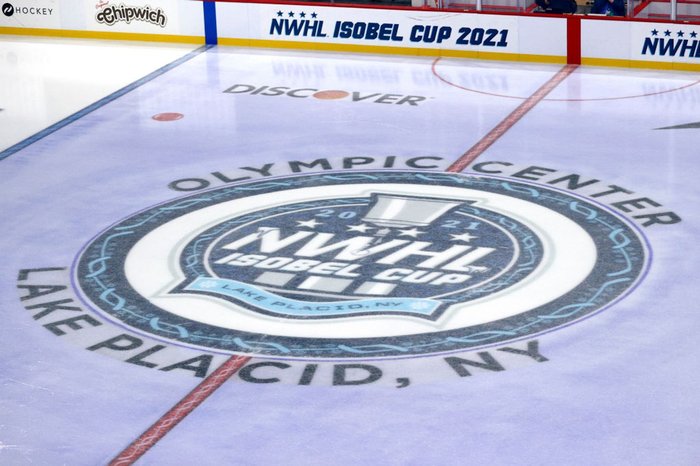 Photo courtesy of Maddie Meyer, Getty Images North America
As per the official press release, On Her Turf – NBC Sports’ Female Empowerment brand – will be integrated into Isobel Cup Semifinal and Final coverage on NBCSN as well as across content on NBC Sports’ social and digital channels leading up to and during the games.
With the same goal and mission in mind, the league announced back in January a landmark partnership with Discover Financial Services. Becoming the league’s official credit card, this agreement goes leaps and bounds for the players, who as a result, will see their yearly salaries increase.
When Twitch became the league’s official broadcast partner, it helped towards a long-term objective to designate 50 percent of league-wide sponsorship revenue to its athletes. Adding Discover to the fold is yet another significant steppingstone. Speaking to their support of the women’s game, Kate Manfred, Senior Vice President and Chief Marketing Officer, stated, “When Discover committed to the NWHL, our hope was that our support would continue the rapid growth of girls in sports, the league, and the sport of hockey. With the NWHL pushing forward with the Isobel Cup Playoffs, and the event being the first women’s professional hockey league games to air on a major national network in the U.S., we are already seeing a positive impact being made in women’s sports, and we look forward to seeing who will ultimately raise the Isobel Cup.” 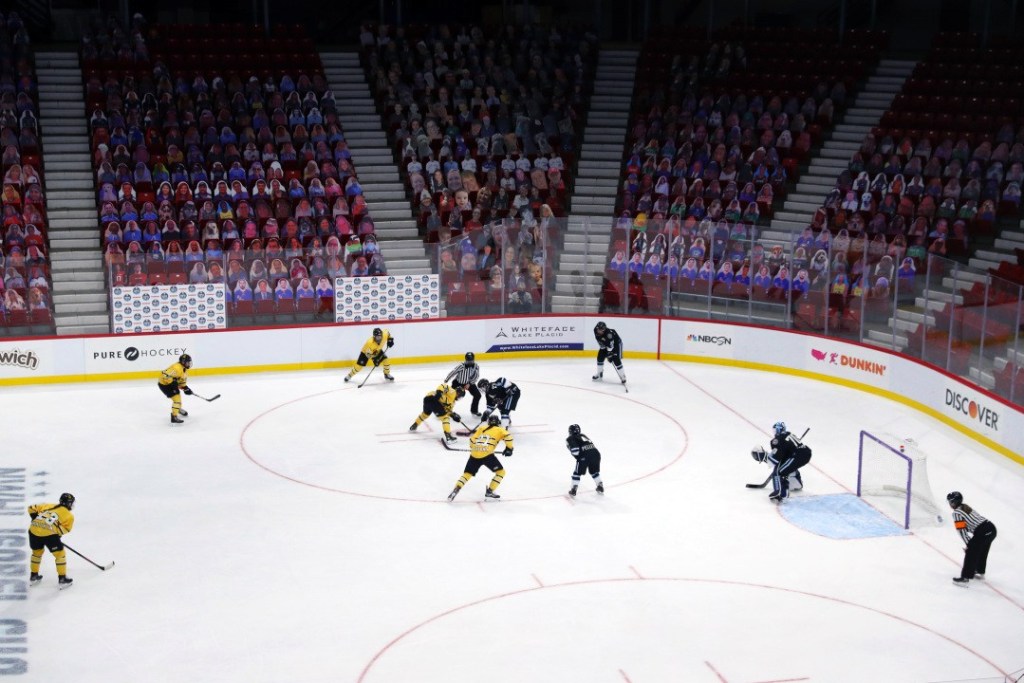 Photo courtesy of Maddie Meyer, Getty Images North America
Taking place in Brighton, Massachusetts, the playoffs will be held with no fans, while for safety of all teams, including tightened health and safety protocols. These measures will be more strictly enforced. New to their season-ending framework, daily COVID-19 testing will be administered for all players and staff.
As cited by the NWHL, Warrior Ice Arena itself will also lay down strict health and safety protocols. Much like the league’s directives, the protocols will be designed and enforced at the discretion of state health authorities and NWHL medical advisors. Additional details for clarity will be made available before Championship Weekend.
Expectations are that much like Lake Placid; the only points of entry will be the arena and team hotel. Ending the season where last year’s playoffs were cancelled, the Pride’s home is ecstatic to host the Isobel Cup Playoffs. “Since 2016, Warrior Ice Arena has been the home of professionals, current and future, who inspire and elevate performance,” says Jay Rourke, the arena’s general manager. “We are honored to be chosen to host the Isobel Cup Finals on the national stage and look forward to the excitement and energy we’re accustomed to as the home ice arena of the Boston Pride.” 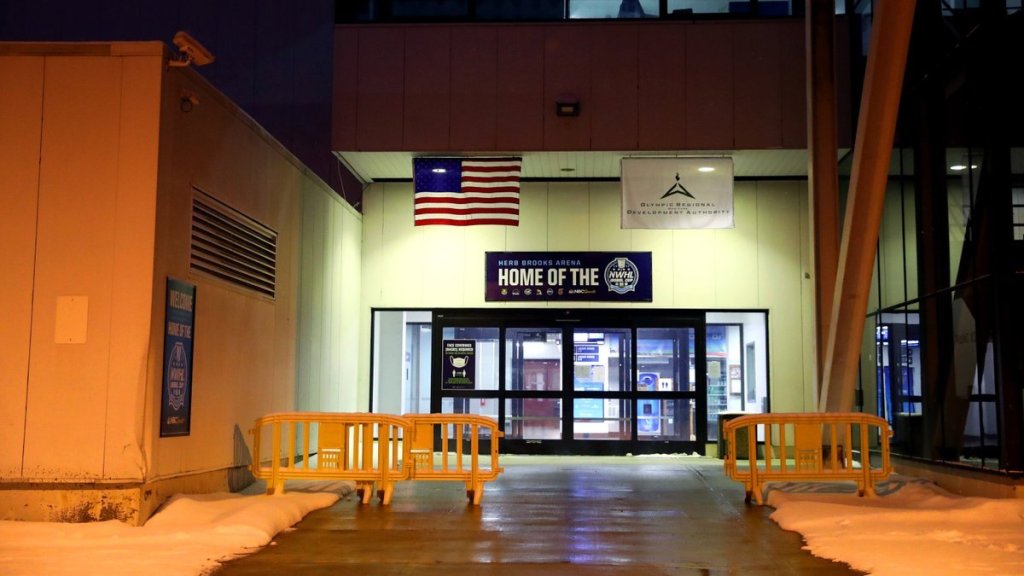 Photo courtesy of Maddie Meyer, Getty Images North America
Those based in Canada and overseas can stream all three games on Twitch.tv/NWHL. In year two of their three-year agreement, the league saw an increase in viewership by a whopping 140 percent. They also saw a rise in followers by 304 percent, as compared to 2020.
Speaking of streaming successes, the league saw its largest viewing in Lake Placid, with an incredible 1.62 million live views. That included 14.2 million minutes watched through the 15 games. In a game between the Boston Pride and Buffalo Beauts on January 30th, the highest audience was reached at upwards of 32,000 concurrent viewers.
Looking ahead to the finishing chapter, commissioner Ty Tumminia told The Canadian Press, “We’re just grateful to all those who believe in our athletes and really supported this quest to finish the Cup. We’re grateful for all the athletes. They had to support it first. They definitely didn’t want two years without the Cup being raised.”
Photo courtesy of Toronto Six, NWHL
For the Toronto Six, facing so much adversity has allowed the franchise to weather their inaugural season. Getting to where they did despite limited practices, head coach Digit Murphy is feeling confident about her hockey club. “Our brand of fun, fast and furious, we live it on the ice. I think it’s going to be hard to duplicate that. We’ll come with a different game plan, but we definitely belong. We’re here to stay.”
Even with the potential of empty roster spots, Digit knows must happen to hold their ground and claim the championship. “These guys have to work. We’ll do it with what we have. We’ll be the T6 and overcome adversity.” Taking the bus from Toronto to Boston, the Six will battle and rally with only 16-17 players.
The semifinals begin Friday at 5:00pmET, as the Boston Pride take on the top-seeded Toronto Six. At 8:00pm, the Connecticut Whale go head-to-head with the Minnesota Whitecaps. The winners of each game respectively will then advance to the Isobel Cup Final. This will take place on Saturday, with puck drop scheduled for 7:00pmET.