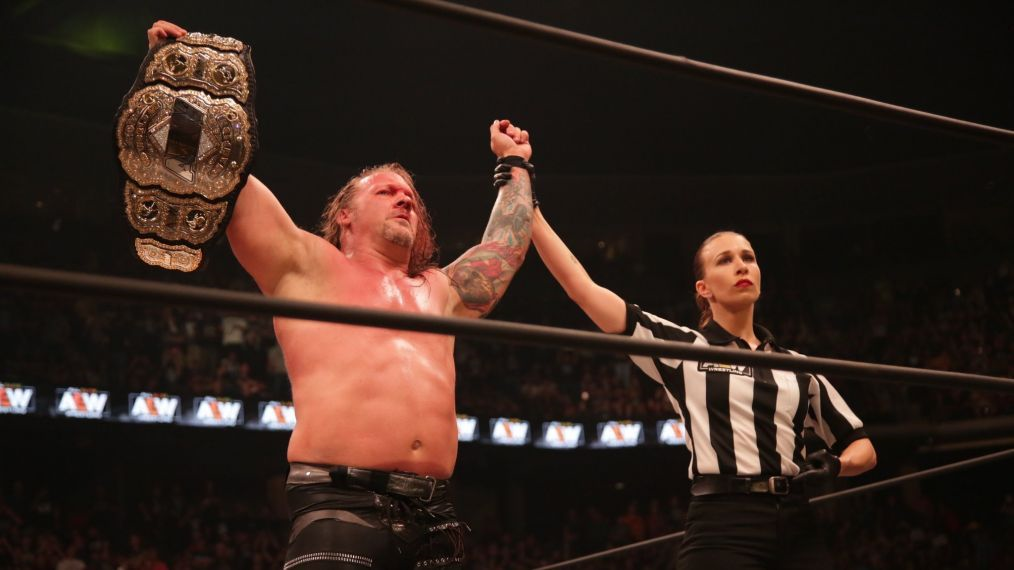 Photo courtesy of All Elite Wrestling
By Giancarlo Aulino
BarnBurner.ca
Toronto. - Chris Jericho made history last night when he defeated Adam ‘Hangman’ Page to become the first-ever AEW World Champion and further cement his legacy as being one of the greatest and most accomplished superstars of all-time.
AEW provided a great display of what their product will offer viewers when they debut on TNT in October; high quality in-ring performers, an exciting tag team division, recognizable stars, and stars who have specialists in hardcore wrestling for those that enjoy those no holds barred style matchups.
The Lucha Bros and The Young Bucks added another chapter to their legendary rivalry with a classic tag team ladder match that saw the Lucha Bros, Pentagon and Fenix successfully retain their AAA World Tag Team Championships.
A big surprise happened earlier in the show as PAC, who replaced the injured Jon Moxley, defeated Kenny Omega by submission after PAC had locked in the Brutalizer, forcing Omega to pass out. This was a big win and debut for PAC because it came against one of AEW’s biggest stars and arguably the company's best in-ring performer.
Jericho becoming the champion is the right decision in my opinion because he is AEW’s most recognizable name as it pertains to the wrestling audience as well as the general public. Through his longevity in pro wrestling and outside achievements with his band Fozzy and podcast, Chris Jericho has been able to establish and market himself outside of pro wrestling, so having him as the World Champion provides AEW with more opportunities and brand exposure than what they may’ve had if they put title on Hangman Page.
With that in mind, AEW will have instant credibility when advertising their show during TNT programming such as NBA games because viewers will be hearing “AEW World Champion, Chris Jericho in action!”, which will lead to those who may’ve stopped watching wresting after the attitude era or mid-2000s to be intrigued to tune in, where they’ll get to know some of the company’s most talented stars like Kenny Omega, The Young Bucks, Hangman Page, Britt Baker, and more.
With AEW already announcing that the World Championship will be defended on an upcoming Wednesday Night Dynamite, it’ll be interesting to see who gets the first shot at Chris Jericho and how AEW will separate themselves from other companies in the way they build up their main event storylines.
AEW Chris Jericho Adam ‘Hangman’ Page The Lucha Bros The Young Bucks PAC Jon Moxley Kenny Omega Britt Baker All Elite Wrestling Media TNT Giancarlo Aulino Spanglish Sports World BarnBurner Network KBuena Radio TV La Portada Canada