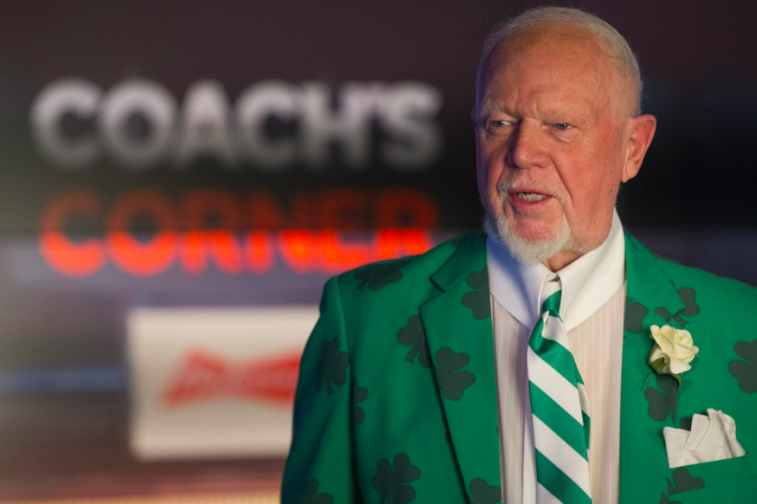 Photo courtesy of Rick Madonik, Toronto Star
By Noora Popal – BarnBurner.ca
TORONTO. - On Monday, November 11th, 2019, Sportsnet fired Donald Stewart Cherry for the divisive comments he made on November 9th on Coach’s Corner, regarding immigrants who do not wear poppies on Remembrance Day.
Don Cherry has been an iconic part of hockey’s history in Canada for decades. Don, being a former hockey player, coach, and host for a long time, made some remarks that were heavily frowned upon by a lot of Canadians.
On Saturday night, Don showed his frustration about the lack of, in his opinion, appreciation from immigrants for the work the veterans have done for this country. He referred to the immigrants as “you people”.
His full statement was “you people that come here ... whatever it is, you love our way of life, you love our milk and honey, at least you could pay a couple of bucks for a poppy...”.
After the outrage that came from his remarks, Sportsnet let him go. They released a statement on Monday, November 11th saying that he will no longer be affiliated with Sportsnet or continue to be a part of Hockey Night in Canada.
The statement from Sportsnet read, “…he made divisive remarks that do not represent our values or what we stand for”. It was obvious that they did not want to put up with that type of behavior.
Don Cherry, being such an influential part of hockey for Canadians, has a big responsibility to bring the fans closer together. Not only to bring them together, but also to promote the sport to those unfamiliar with it. By making the comments that he did, it may seem to some that he promotes hate and discrimination as opposed to inclusivity and love for sports.
Seeing as Canada builds its reputation on being a multicultural country, it was shocking for Canadians to see Cherry make such a statement so publicly. Even after he was fired, Don refused to apologize for what he said, stating, “I know what I said, and I meant it”.
This is not the first time that Don Cherry has made controversial statements and found himself in hot water. Over the years he’s made his fair share of on-air slip-ups. None of them had as serious of consequences as this one.
In a recent interview with Global News, he said: “I think the closest I come to apologizing is I wish I had used different words”. He still stands by what he said, however, he does agree that his wording was not appropriate. He continued, “What I should’ve said was everybody, if I had to do it over again I would’ve said 'everybody'”.
There have been petitions circulating to “Bring Back Don Cherry”, and tens of thousands of people have signed them. There is a big divide among Canadians on how they feel about the comments made. This is not what Canadian sports are about, it’s about inclusivity.
Don has not changed his mind on what he said, and it doesn’t seem like he will anytime soon. He also acknowledged that the “silent majority” will not side with him even though they agree with him, because of the consequences he faced. This is a prime example of how there are consequences to your actions, some bigger than others.