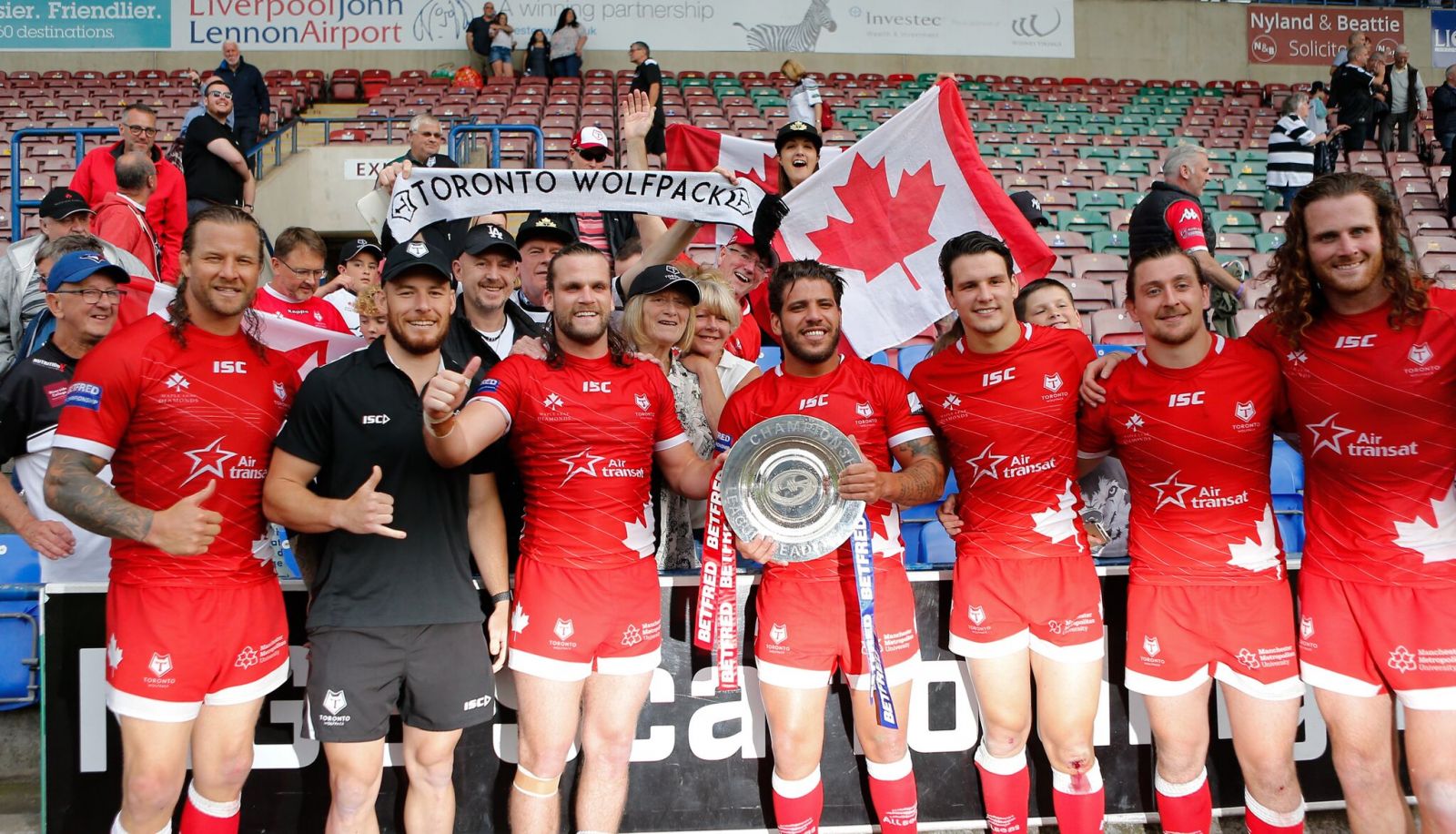 By Heather Toole
BarBuner.ca
TORONTO. - The Toronto Wolfpack have officially claimed the 2019 Betfred Championship League Leaders Shield upon their latest victory (also their 16th in a row) against the Widnes Vikings at Halton Stadium in England this past Sunday, with a 24 – 19 win.
“The game came down to some big plays from both teams. So I’m really pleased with the win,” said Toronto coach Brian McDermott.
“I can’t wait to lift the trophy in front of our fans as well,” he added. “But the bigger picture for us is the Grand Final and that’s what we’re steering towards.”
The Wolfpack has had an amazing regular season so far holding them to only one loss.  These results, reminiscent of their inaugural season, send the Wolfpack into a small break with their next game being Sunday August 4, 2019 against the Bradford Bulls at Odsal Stadium.  Bradford is currently sitting in sixth place in the league standings.  Toronto will play five additional regular season games over the next two months, before playoff rounds begin which could hold a coveted promotion to the Super League in 2020.
As the Wolfpack proceed to run with the Bulls who they won against by a score of  36 – 16 in May, they will look for a way to rest, find improvements in play and manage fitness while getting their minds set on a game plan for the oncoming semi-finals which they have secured a spot in.
While we wait to see if the Wolfpack can continue their winning streak, one this is certain – the fans will be ready, the beer garden full and the pride of Toronto alive and well waiting for yet another victory.
Toronto Wolfpack RFL Eric Perez David Argyle Brian Noble Brian McDermott 2019 Betfred Championship League Leaders Shield Widnes Vikings Halton Stadium Bradford Bulls Odsal Stadium Toronto Wolfpack Advanced Media KBuena Radio Heather Toole Barn Burner Network Spanglish Sports World Eduardo Harari La Portada Canada