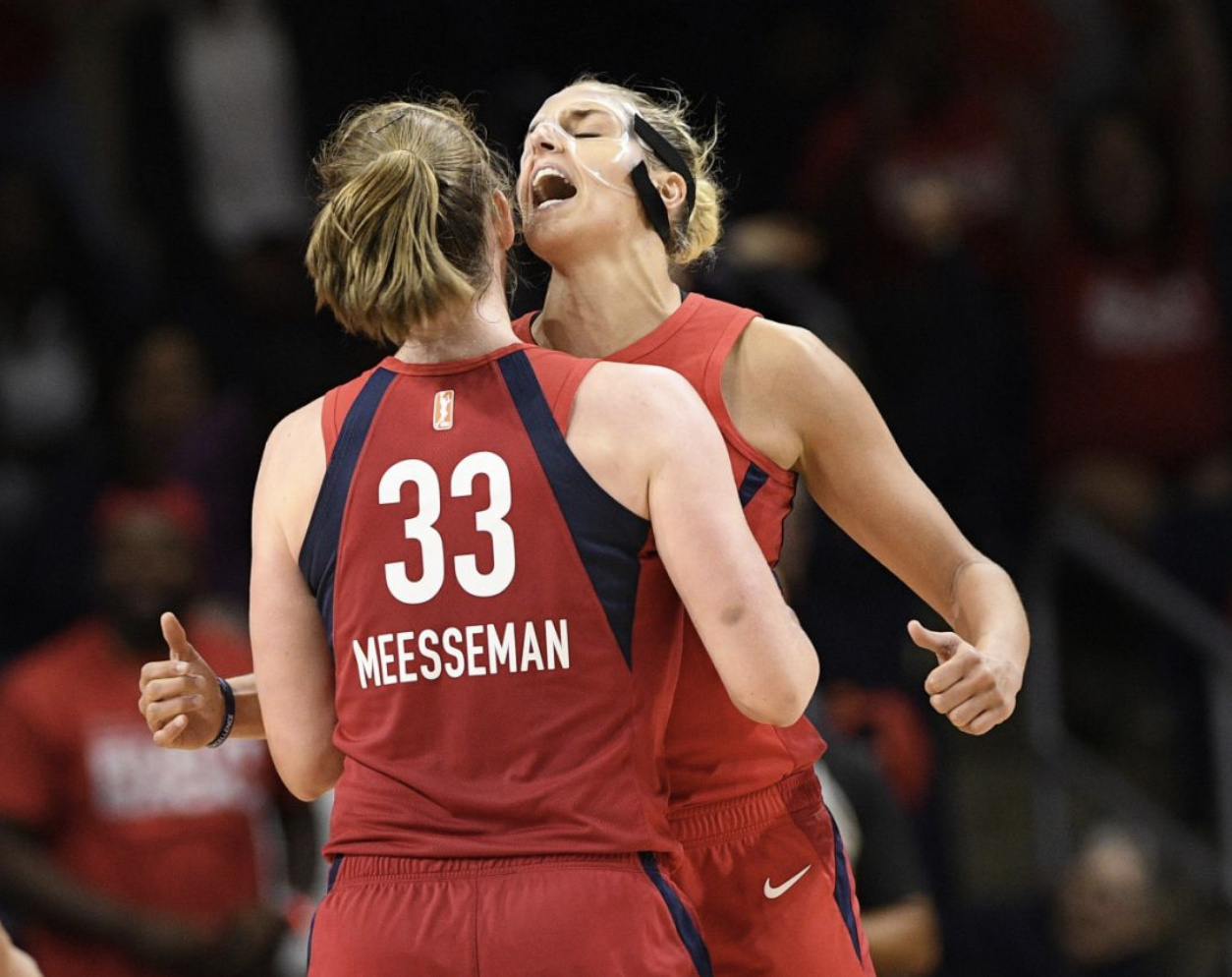 Photo courtesy of BarnBurner.ca
By Veronica Harris
BarnBurner.ca
With the MVP back in the picture, things don't look great for the Sun!
TORONTO. - When I first read the headlines saying that “BREAKING: Elena Donne Delle is back” I thought it said “Elena Delle Donne broke her back” and I was shocked ! Turns out I read it wrong and that she indeed play in game 3 of the finals.  Delle Donne left game 2 due to back spasms and was questionable for this game. It was a last-minute decision that all of Washington was anxious to know.   Delle Donne hit a three-ball right off the jump the give her team a 2 pt lead then goes right to the locker room to stretch and stay loose. Number eleven was one of four who contributed double digits points with 13.
Although Washington won by 13 pts it wasn't for lack of trying by the Sun.  Allyssa Thomas would find Jasmine Thomas in the corner who hits a three ball to bring the sun within two and a part of an 12-0 run to end the first half.
Guess who let the squad for Washington? Emma Meesseman with 21 pts and Kristi Toliver with 20 pts. Yes ladies! This is how you do it!  Speaking of Toliver, she did something very interesting before the half and I’m not sure how I feel about it. She stepped back, then shuffled a little bit and hit the “Harden” one legged jumper. I mean, it was nice but I’m not sure it was legal.
Fun Fact: Washington ties the WNBA finals for most 3 pointers in a game with 16.
Fast forward to just over four minutes in the 3rd quarter, because of Shekinna Strickler’s incredible athleticism, it was a one possession game with the Suns down by 2 pts. But that would be as close as they get for the rest of the game as the Mystics just let loose and hit one after another.
NBA Watch: 0.
The Mystics would take game three, 94-81 which means they only need one more game to be crowned champions! They have that chance Tuesday with tip off at 8:00pm back in Connecticut.
WNBA Washington Mystics Elena Donne Delle Allyssa Thomas Jasmine Thomas Emma Meesseman Kristi Toliver Shekinna Strickler Spanglish Sports World Veronica Harris BarnBurner.ca KBuena Radio TV La Portada Canada