The unexpected only happens in the NBA Part 2 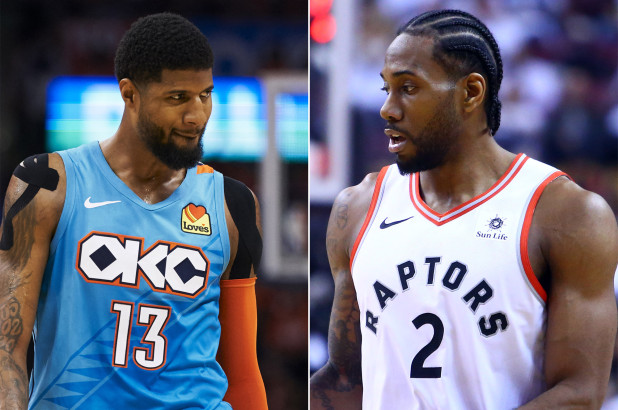 Photo courtesy of the New York Post, Getty Images
By Eduardo Harari
Toronto. – When the NBA free agency opened its doors, no one imagined that so many changes would take place and that all expectations were thrown out the window. A week into the free agency there have been so many significant changes that next season there could be a true battle for the coveted Trophy and Title.
The NBA world was waiting to hear what would happen to the top three stars of this list of free agents.  Would Kawhi Leonard remain with Toronto to double his success of last season or would he look to go home and join either the Lakers or Clippers? The fate of Kevin Durant and Kyrie Irving was another unknown as neither of us expected them to end up in the Western Conference?
The first surprise was given by the Brooklyn Nets when they signed Kevin Durant, who although injured will be a tremendous weapon to that lineup upon his return and now also has one of the best three-point shooters in Kyrie Irving. The Nets have invested about $205 billion in the first day of free agency leaving their New York rivals in the rear by failing to offer Durant the maximum allowable for his services.
But this past weekend, the L.A. Clippers did something that no one expected by becoming the team to chase this upcoming season with the acquisition of the NBA Finals MVP Kawhi Leonard on a 4-year league maximum $142 million contract. Not withstanding a couple of minutes after this news subdued the NBA world, they announce the trade that would bring Paul George to the western conference. The Clippers might not have any draft selections for the near future but they have just created the next dynasty of World Champions for the State of California.
Here's a list of the latest developments in the NBA Free Agency:
The 40 Best Free Agents in the NBA
NBA NBAPA Adam Silver Kawhi Leonard Kevin Durant Kyrie Irving Los Angeles Lakers Los Angeles Clippers Toronto Raptors Brooklyn Nets New York Knicks New York Post Getty Images Spanglish Sports World Frecuencia Deportiva Eduardo Harari La Portada Canada

Gold Cup final will define the destiny of both squads

Copa America final will proof to be Peru's biggest challenge