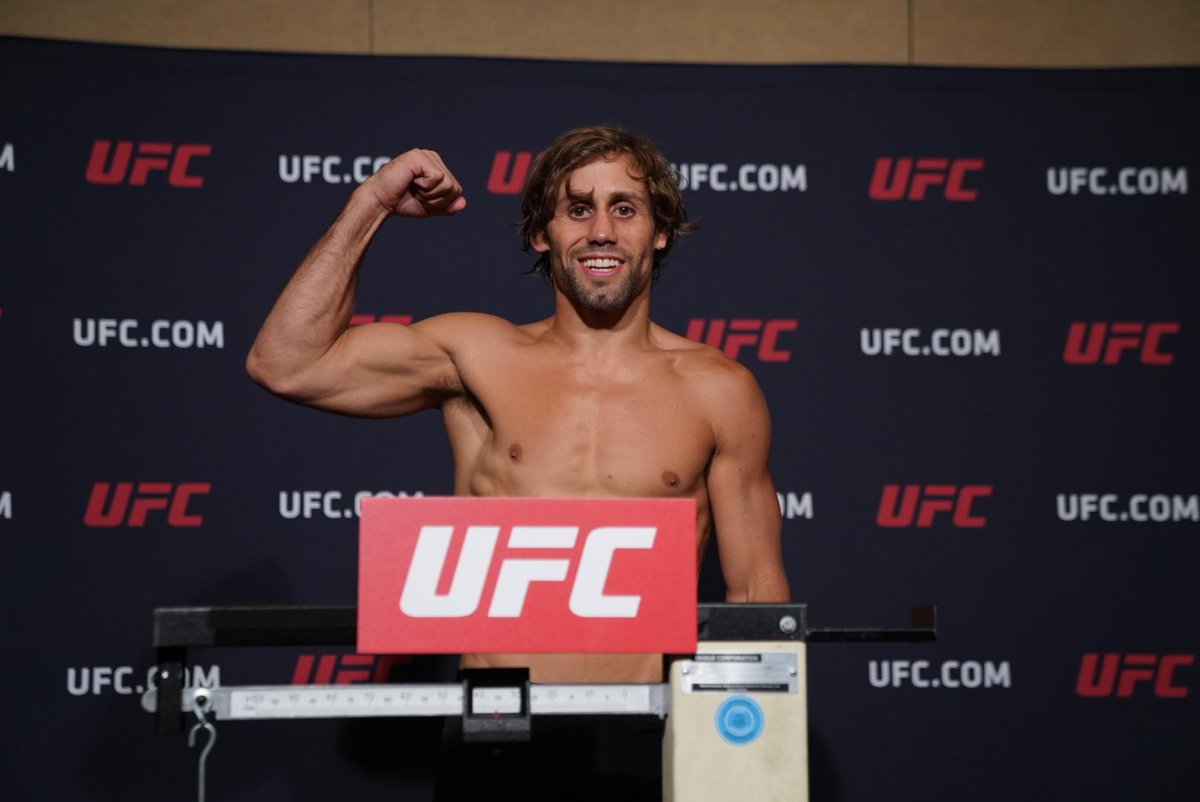 Photo courtesy of UFC.com
By Giancarlo Aulino
BarnBurner.ca
TORONTO. - After retiring in 2016, UFC Hall of Famer “The California Kid” Urijah Faber is making a comeback at UFC Fight Night 155, live from his hometown in Sacramento, California, where he’ll take on Ricky Simon, who has an MMA record of 15-1 and will be looking to become a star in the UFC’s bantamweight division at the expense of the Hall of Famer.
Urijah Faber returning is significant for the UFC considering that he was one of the biggest stars for the smaller weight classes and is one of the reasons why the UFC added the featherweight and bantamweight division.
During his career, Faber has fought a who’s-who of MMA greats including Dominick Cruz 3x, Frankie Edgar, Jose Aldo, and Jens Pulver. This will be a tough test for the former WEC Featherweight Champion because both age and ring rust could play a role in this fight. In recent interviews, Faber has mentioned that his life has changed since his retirement; he’s married, has a child, multiple projects outside MMA, and he still manages and trains the fighters in Team Alpha Male.
On the contrary though, maybe Faber believes the past two-and-a-half-year break from MMA was a blessing in disguise because it allowed him to fully recuperate and return to being 100% and just as good if not better than his recent performances inside the octagon.
Faber was recently one of the fighters new UFC Bantamweight Champion Henry Cejudo called out in his post-fight interview following his win over Marlon Moraes, so if Faber is able to put in an impressive performance and string together a few wins against an up-and-comer like Simon and another top-ranked bantamweight, he could be realistically be in the conversation for a title shot.
Even though this fight isn’t the main event, Faber’s popularity and status as a UFC Hall of Famer will surely draw in his hometown crowd, so it’ll be interesting to see how Simon performs under the pressure of seeing a Hall Famer standing on the opposite side of the octagon as well as the knowing most of the fans attending the fight will be rooting for Faber.
------ Fight Recap -----
The familiar sounds of Dr. Dre and Tupac hit the speaker as ‘The California Kid’ made his entrance to California Love and a loud ovation from his hometown crowd. Faber was fired up as he made his way to the octagon for the first time since announcing his retirement.
UFC Urijah Farber UFC 155 Ricky Simon Dominick Cruz Frankie Edgar Jose Aldo Jens Pulver Henry Cejudo Marlon Moraes Dr. Dre Tupac UFC.com Spanglish Sports World Frecuencia Deportiva BarnBurner.ca La Portada Canada

Extreme Rules could prove be a game changer