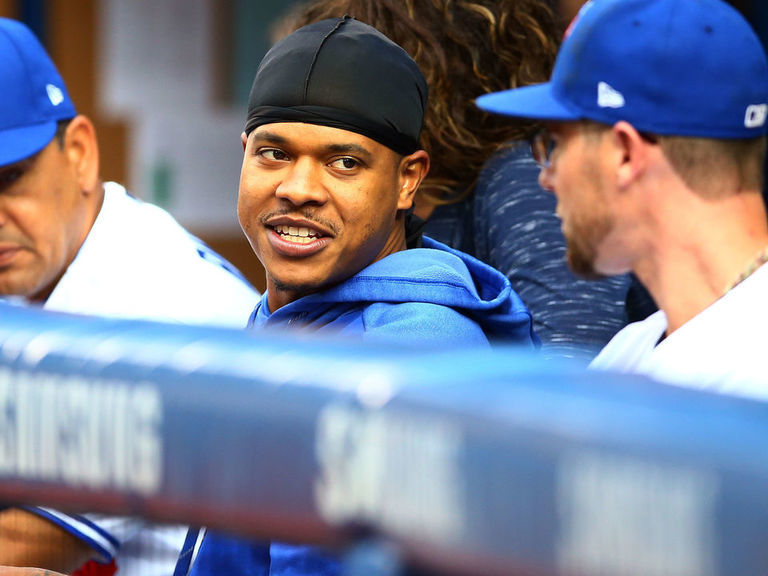 Photo courtesy of Vaughn Ridley, Getty Images
By Eduardo Harari
TORONTO. – With the trade deadline quickly approaching it was nothing surprising that the “Dynamic Duo” of Ross Atkins and Mark Shapiro didn’t stir the pit just a little to send shocks through the Canadian baseball world.
It must have been a bad sleeping night for Atkins as just before the crowds started flowing through the gates of the Rogers Centre, it was announced that Eric Sogard had been sent to the visiting Tampa Bay Rays for two players to be named later.
It was a wakeup call that Toronto fans had a hard time to swallow as Sogard has been one of the few players in the club house that has been consistent in both areas of the game. But the major issue is what the return will be knowing the trajectory of the “Dynamic Duo”.
The last time the Blue Jays faced a deal of this sort was when Atkins sent the MVP Josh Donaldson to the Cleveland Indians for a player who until now still remains an unknown in the Blue Jays big club.
But the “Dynamic Duo” couldn’t wait to make their next move so that both the Toronto fans and the baseball media would have something entertaining to talk about all week long. The bomb dropped as the players were getting ready to depart for the airport to head to Kansas City.
The news read the Toronto Blue Jays have traded Marcus Stroman to the New York Mets. The news was shocking as the baseball faithful were expecting that if Stroman left the friendliness of the Rogers Centre would be to a team contending for a chance of winning it all. Many estimated to be either the Yankees, Boston or even the Dodgers but the Mets were never on the card.
Was this a clear message sent to the rest of the club house advising them that if you speak your mind, your future won’t be as nice? Were the “Dynamic Duo” sending both Stroman and his agent a message of discontent or was it just business as usual as they clearly have said in the past?
I guess we will never know, what drove them to make a trade of that unbalanced character. What it is true, is that all the previous discussions spoke about the Blue Jays receiving a compensation as good or better than the one that Tampa Bay got for Chris Archer.
No one can’t blame Marcus Stroman for his record over the last two seasons as he did not only carried the pitching staff on his shoulders with the absence of Aaron Sanchez and even more after J.A. Happ was sent packing to the Yankees. Marcus has been very consistent providing the team ample innings to score but the run production he received was 2 or less runs per game. How can you be disappointed if you don’t provide the support necessary for him?
Now let’s look at the deal in more detail. Here are the transactions:
First Deal
SOGARD, 33, has hit .300 (86-for-287) with 17 doubles, two triples, 10 home runs and 30 RBI in 73 games this season. The 5-10, 185 lb. left-handed batter has posted a .363 OBP and a .840 OPS, with 29 of his 86 hits going for extra bases. He was signed by the Blue Jays on December 21, 2018 to a Minor League deal, and has set career highs this season in home runs and extra-base hits (29). The Phoenix, AZ native has a career batting average of .247 with 21 home runs, 155 RBI, and 41 stolen bases across 657 games with Oakland, Milwaukee and Toronto.
Player Profile:
Eric Sogard
https://www.mlb.com/player/eric-sogard-519299
Return: two players to be named later
Second Deal
STROMAN, 28, went 6-11 with a 2.96 ERA in 21 starts for the Blue Jays this season. The 5-7, 180 lb. right-handed pitcher has thrown 124.2 innings, allowing 118 hits with 35 walks and 99 strikeouts. The 2012 first-round pick won a Gold Glove in 2017 and was also named MVP of the 2017 World Baseball Classic. The native of Medford, NY posted a record of 47-45 with a 3.76 ERA across six seasons with Toronto.
KAY, 24, started the season with Double-A Binghamton where he posted a 1.49 ERA in 12 starts while striking out 70 batters over 66.1 innings. The 6-0, 218 lb. left-handed pitcher was promoted to Triple-A Syracuse in June and went 1-3 with a 6.61 ERA in seven starts. The native of Stony Brook, NY has a career Minor League ERA of 3.76 with a 15-17 record across 42 starts and 220.1 innings of work.
WOODS-RICHARDSON, 18, has gone 3-8 with a 4.25 ERA and a 17BB/97K ratio over 20 starts and 78.1 innings for Class-A Columbia this season. The 6-3, 210 lb. right-handed pitcher was selected in the second round of the 2018 First-Year Player Draft. He made his pro debut last season with a 1.56 ERA over seven outings at two levels of Rookie ball, including 26 strikeouts in 17.1 innings of work.
Player Profiles:
Marcus Stroman
https://www.mlb.com/player/marcus-stroman-573186
Anthony Kay
http://www.milb.com/player/index.jsp?player_id=641743
Simeon Woods-Richardson
http://www.milb.com/player/index.jsp?player_id=680573
Stroman left the Rogers Centre accompanied by an unknown individual and went to the underground parking. He did not speak to the Press but took to social media to show his respect for the fans.
"CANADA. TORONTO. Words can't really explain the extent of my appreciation and love. Beyond thankful and blessed to have played for this unbelievable nation. Thank you for your constant support, love, and loyalty. I'll be back plenty in the future!".
Don’t look away just yet as rumors are lurking that the “Dynamic Duo” are looking to continue their unloading of ponds and the waves are mentioning possibly a pitcher and one or two fielders on the move.
Toronto Blue Jays Rogers Communications MLB MLBPA Mark Shapiro Ross Atkins Charlie Montoyo Rogers Centre Eric Sogard Tampa Bay Rays Cleveland Indians Josh Donaldson Marcus Stroman Chris Archer New York Mets New York Yankees Boston Red Sox L.A. Dodgers Aaron Sanchez J.A. Happ Anthony Kay Simeon Woods-Richardson Vaughn Ridley Getty Images Spanglish Sports World KBuena Radio Barn Burner Network Eduardo Harari La Portada Canada