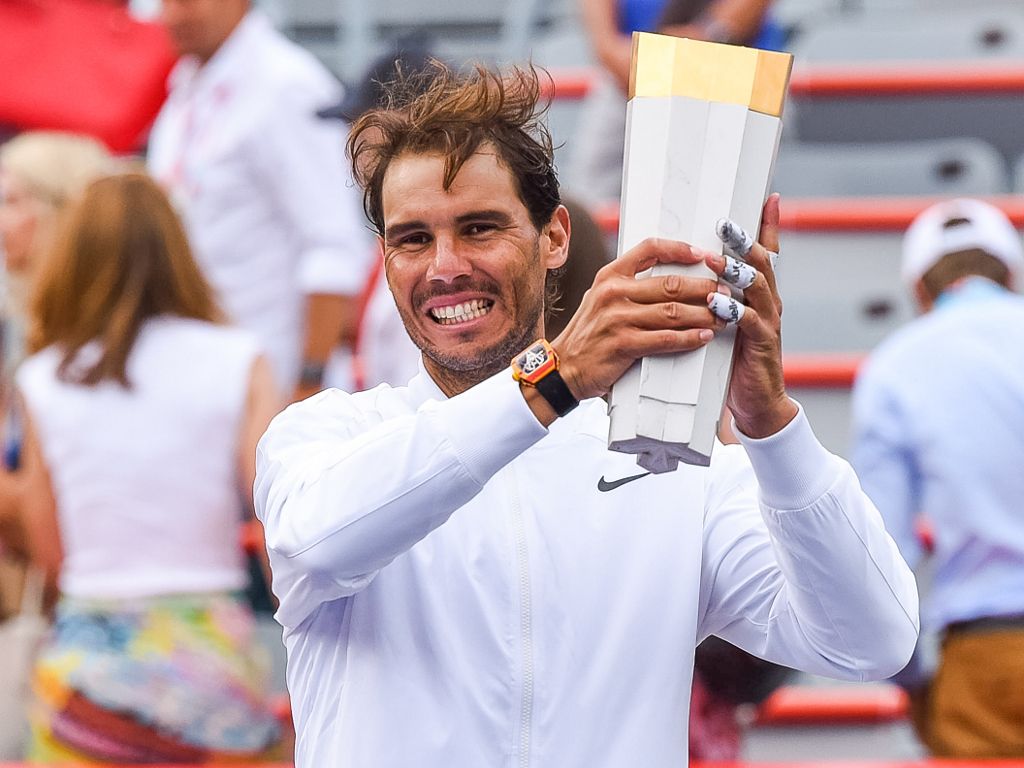 Photo courtesy of AP Photos
By Eduardo Harari
TORONTO. - He was just a young man when the victory over Andre Agassi in the final of the 2005 Rogers Cup was a symbolic passing of the torch from one tennis generation to the next.
14 years later, Nadal is still holding a firm grip to that legacy.
It took only 70 minutes for the #2 in the world rankings to dispose of Daniil Medvedev in straight sets 6-3, 6-0 and capture his 5th Rogers Cup title and now his second consecutive as well.
“My best match of the week, without a doubt,” said the 33-year-old. “I did a lot of things well: changing directions, changing rhythms.”
The thumping marked the first time Nadal, the top seed and No. 2-ranked player in the world, has defended a hardcourt championship after winning in Toronto last summer.
So what would Nadal tell the 19-year-old version of himself, who lay on his back in celebration after beating the then-35-year-old Agassi?
“Rafa did it very well,” he said with a grin. “Probably better if that Rafa will not hear my advice, no?”
Answering a question in Spanish after the match, Nadal said he’s pulled out of the upcoming tournament in Cincinnati to rest some nagging injuries with the U.S. Open at the end of the month.
“I said the beginning of the season, during 2018 and beginning of this 2019, there have been a lot of (injury) issues,” he said responding to another query in English. “Some of them you know, some of them you don’t.”
Currently ranked second in the world, Nadal improved to 41-6 in 2019 and raised his third trophy of the season at the $5.7-million U.S. ATP Tour Masters 1000 series event after also winning on clay in Rome and at the French Open.
Rogers Cup ATP Tennis Canada Rafael Nadal Andre Agassi Daniil Medvedev Associated Press Spanglish Sports World Barn Burner Network KBuena Radio TV Eduardo Harari La Portada Canada