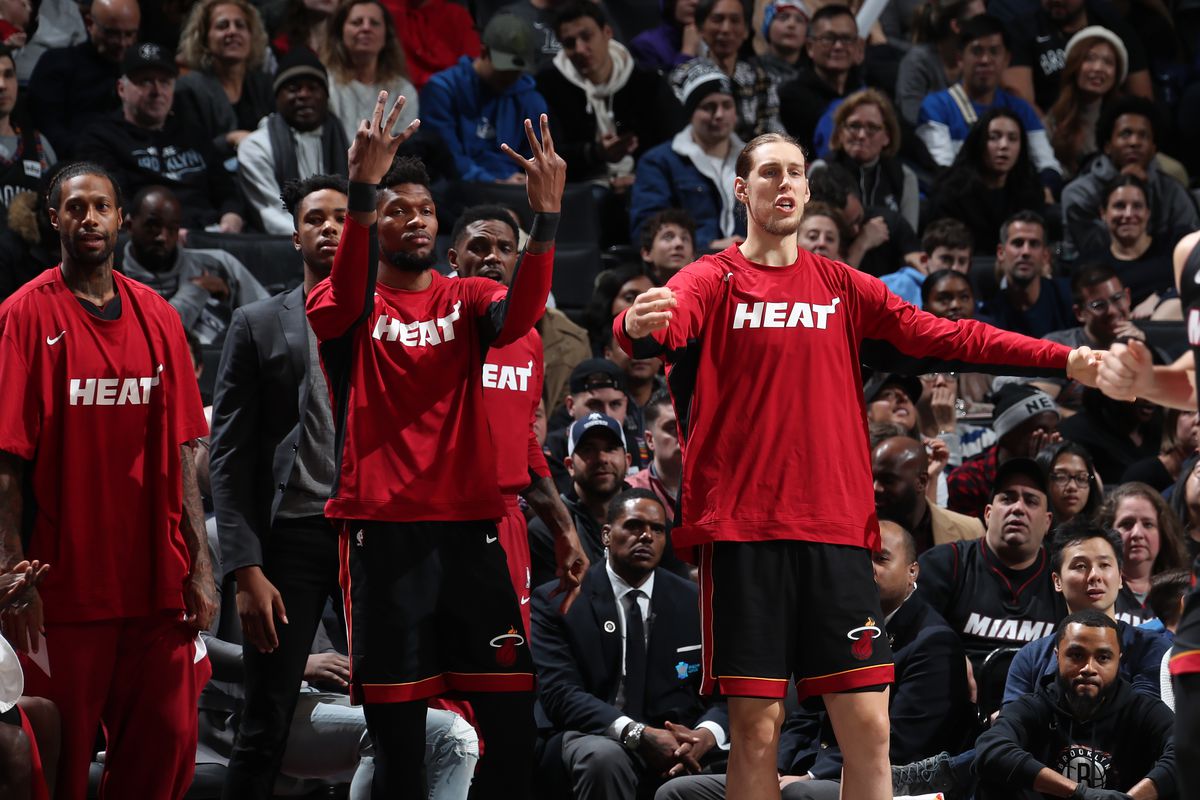 Photo courtesy of Nathaniel S. Butler, NBAE via Getty Images
By Eduardo Harari
TORONTO. – The Heat made its way into the Scotiabank Arena for the 1st time this season bringing along with them 2 great wins against the Warriors and the Nets. The Raptors welcomed the Heat holding a 7-game winning streak and an undefeated streak at home.
With a full squad that included the return of Toronto’s 5-time All-Star scoring machine, Kyle Lowry, everything looked well for another win for “The mighty North crew”. The only thing that no one expected was the explosion of Miami’s new acquisition Jimmy Butler who led the Heat’s attack with 22 points, 13 rebounds and 12 assists as the Heat defeated the defending NBA Champs 121 – 110 in OT. 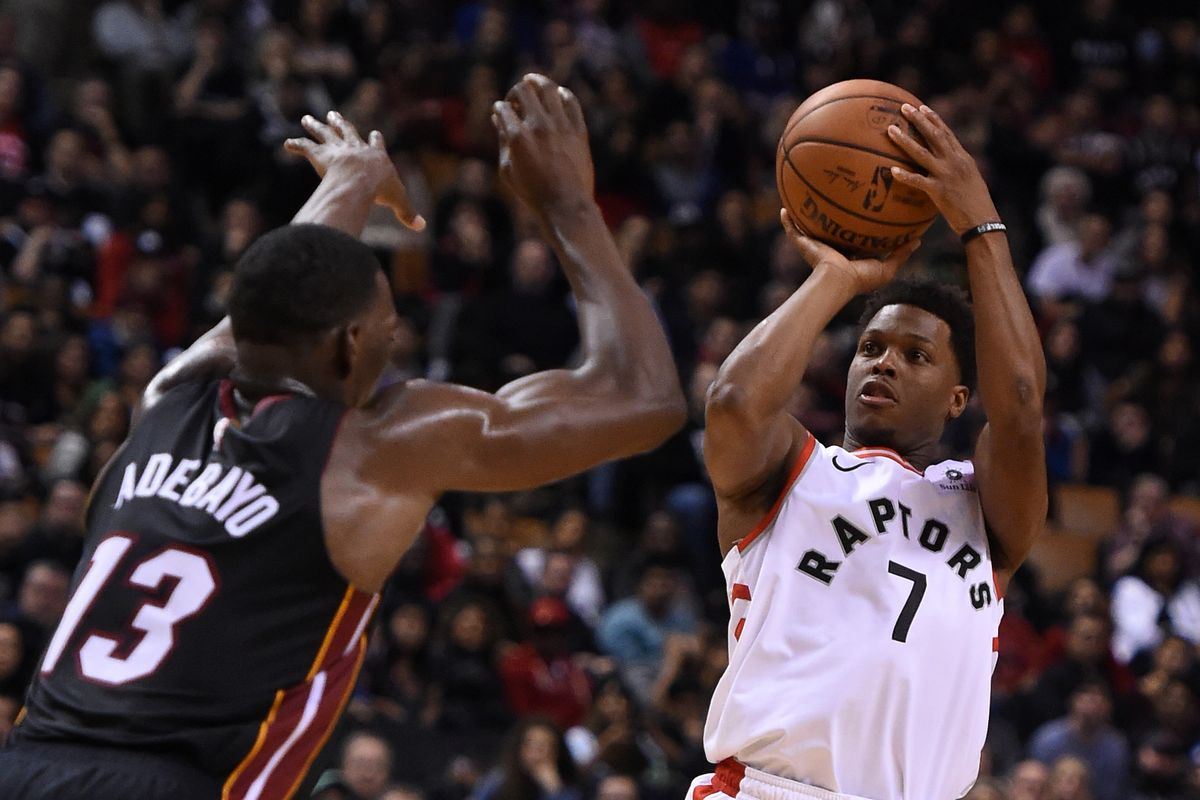 Photo courtesy of Dan Hamilton, USA TODAY Sports
Kyle Lowry, who decided to play just before the start of the game after missing 11 day of action due to a thumb injury, missed his first 11 attempts and finished the night 2 for 18.
"That's terrible. That's rhythm," said Lowry, whose animated arguing at the officials was in mid-season form. "I missed shots, I didn't force anything, everything I shot came within the offence and honestly a lot of those threes went in and out.
"I haven't done basketball-type playing since New Orleans (Nov. 8) so it takes a game, but I'm sure I’ll be better next game. It's nothing to be concerned or worried about." 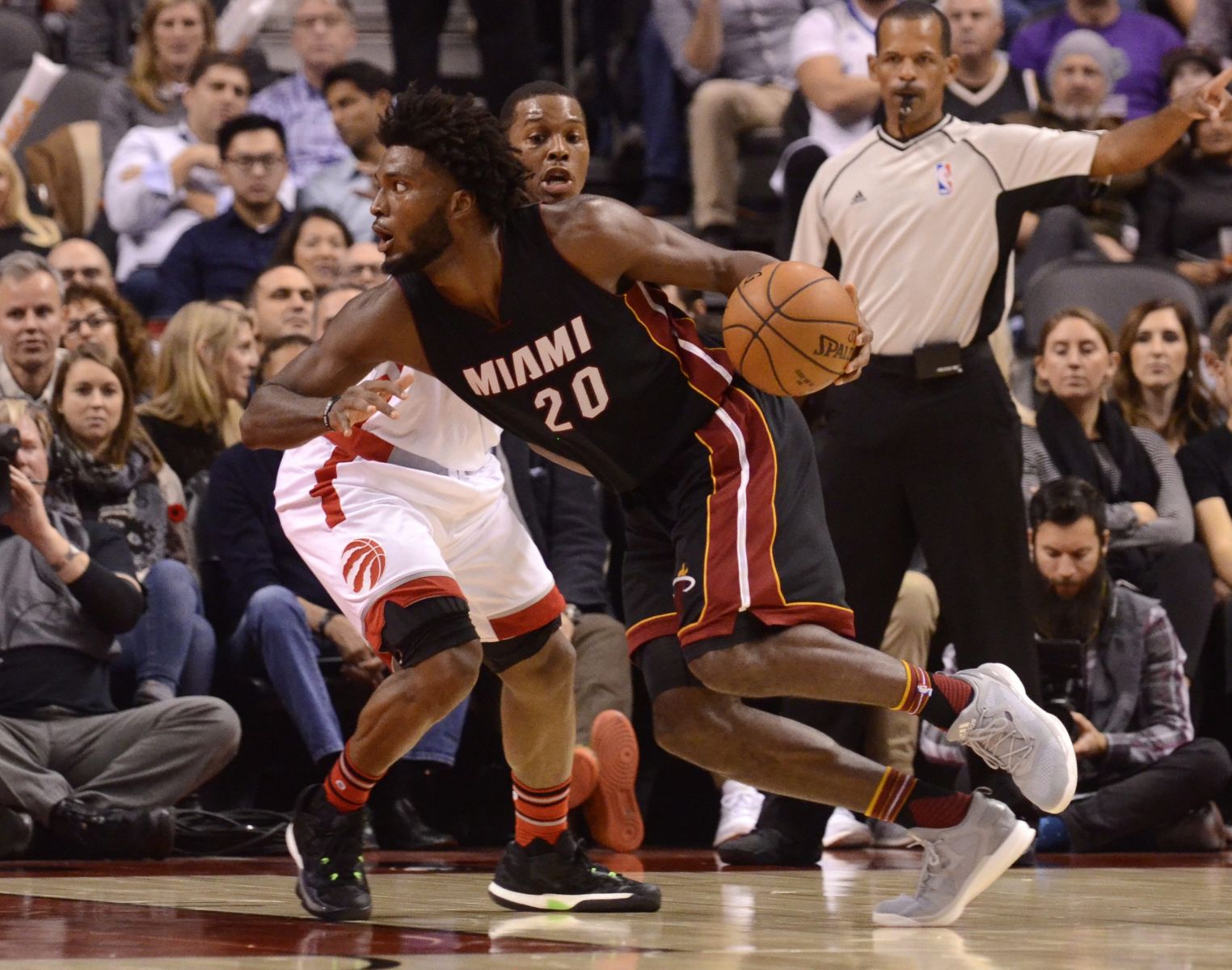 Photo courtesy of the John Blacker, The Canadian Press via AP
The Heat held Toronto to just 33 per cent shooting in the 1st quarter, and when Justise Winslow scored on a layup late in the quarter Miami took a nine-point lead. The visitors took a 32-23 advantage into the 2nd.
Gasol scored a three-pointer, that capped a 16-8 Raptors run and pulled Toronto to within a point midway through the 2nd quarter. Miami headed into the halftime up 58-53.
It was a single-digit deficit game between two evenly matched teams. The Heat led by as many as 11 points early on, but the Raptors made their way back on a VanVleet a layup and free throw with 7 seconds to go in the 3rd, Toronto narrowed the gap to 5 points with one quarter to go.
But Miami stopped Toronto on very attempt and with five consecutive points from Canadian Kelly Olynyk, Miami went up by eight with 4:51 to go.
"They are a very physical team, they're well coached and the organization is built a certain way," Lowry said. "They came out and they showed some grit tonight and we still had a chance to win the game, so you can't be mad at that."
With 1:49 to play, Powell scored 2, 3-pointers. Lowry made 2 free throws, and then Powell's second bomb, with 43 seconds to play, put Toronto up by 1, 108-107 which had all of Scotiabank Arena on its feet including former Raptors guard Jose Calderon and actor Nicholas Braun. 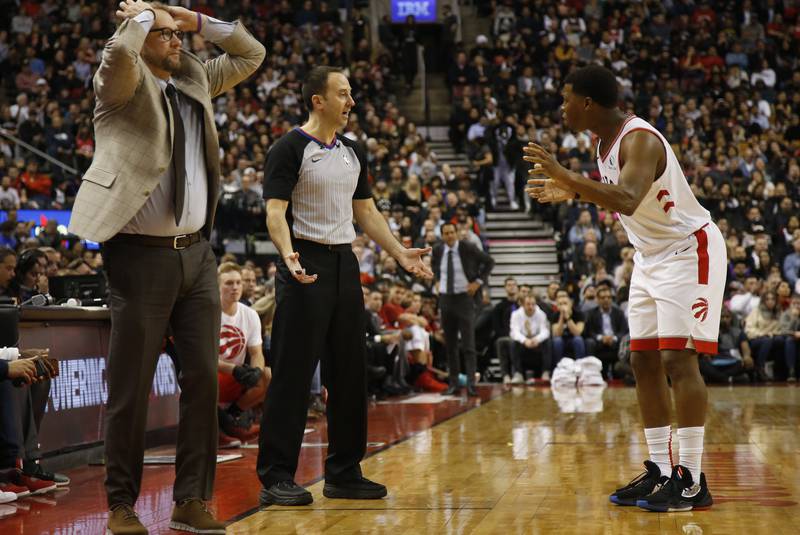 Photo courtesy of Jack Boland, Toronto Sun, Postmedia Network
After a little bit of drama and what this analyst calls “horrible officiating”, Butler connected on a free throw to tie the game with 38 seconds left, Siakam lost possession on another “missed call” when he ran into a swarm of Heat defenders, then Butler failed to make the basket, sending the game into extra time all tied up at 108-108.
By the time the OT started the damage had been done to the moral and spirit of the Raptors and its fanbase as Butler went to work in OT, scoring eight unanswered points in the first 55 seconds. The Raptors missed six straight shots before Powell finally scored on a pair of free throws. But Olynyk connected on a three with 29 seconds left to send fans pouring toward the exits.
"Obviously, Jimmy was pretty darn good, at that point," said Heat coach Erik Spoelstra. "He didn't have a ton of energy — at that point had already played 40 minutes, but it was like, alright, I'm just gonna make sure we seal this, and this doesn't get to a second overtime, or even worse, a loss." 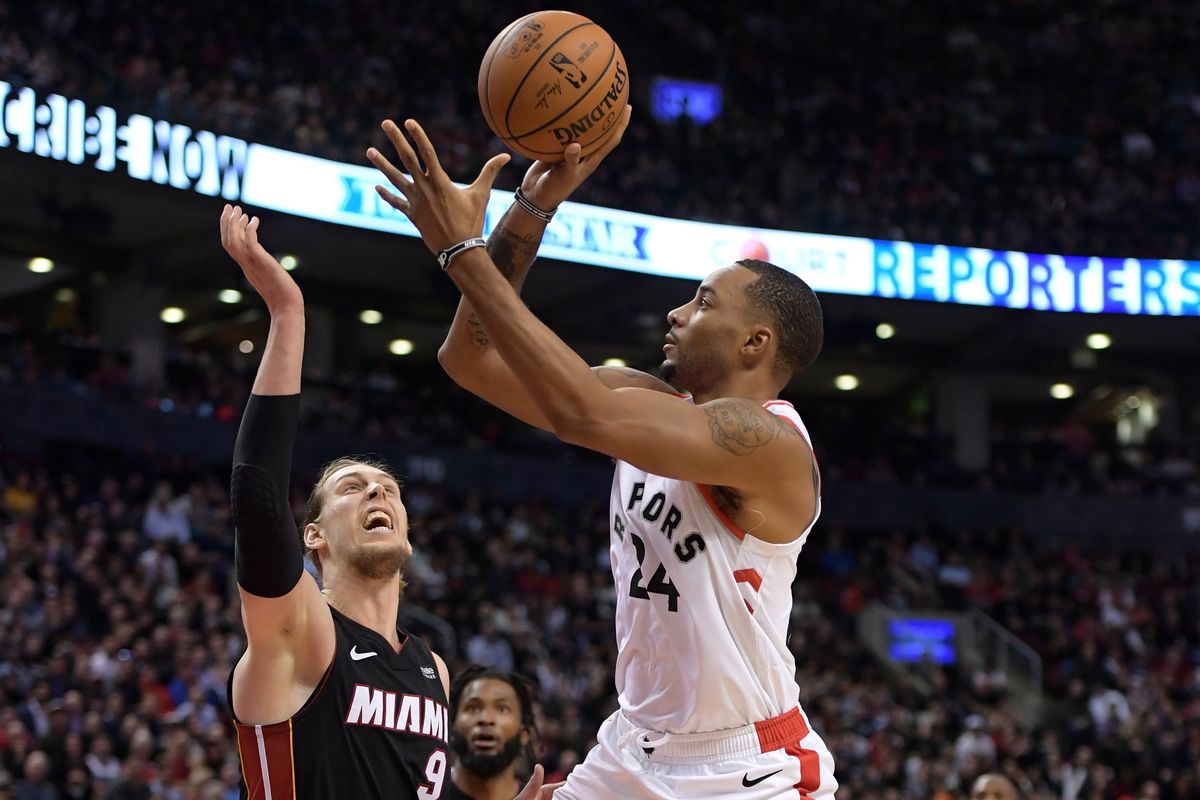 Photo courtesy of Dan Hamilton, USA TODAY Sports
Norman Powell had 23 points including two huge three-pointers late in regulation for the Raptors (15-5) and scored his team's only points on a pair of free throws in Toronto's woeful 0-for-9 overtime period.
"Just consistency, that's the biggest thing," Lowry said of Powell. "Being consistent, keeping his confidence up, staying in attack mode and shooting the shots he's getting."
Fred VanVleet had 19 points, Pascal Siakam had 15 points and 12 rebounds, and Lowry finished with 12 points and 11 assists. Marc Gasol chipped in with 14 points, while Serge Ibaka added 13. 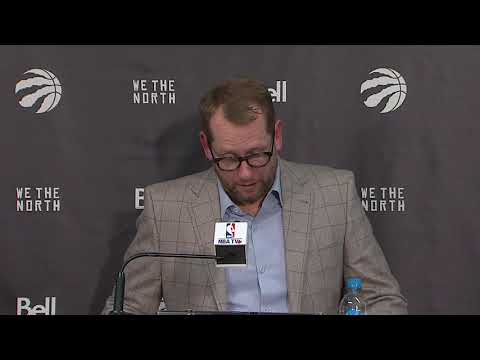 Photo courtesy of Raptors Advanced Media
"I thought (Miami) played with great energy, they were really flying around at both ends, much, much more than we were so that was kind of the first thing," Raptors coach Nick Nurse said.
"Then I thought they made really great reads out. . . they hit the right guy and that right guy made a lot of shots as well. Or they took it to the basket and made some good finishes."
The Heat is the only team to defeat the Bucks in Milwaukee and the only team to defeat the Raptors in Toronto this season.