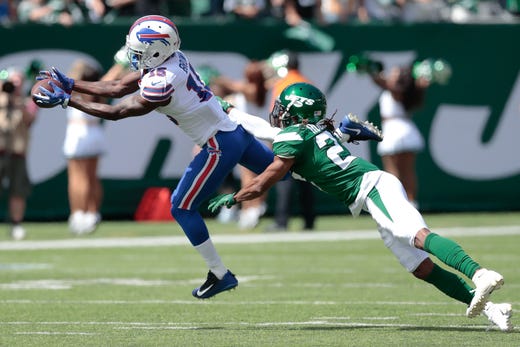 By Victoria Fenn Alvarado
Week one is a chance for each team to make a first impression, and what a statement we saw by several key teams and players this football Sunday.
Josh Allen led the Buffalo Bills to a comeback victory. The first half wasn’t looking pretty for the Bills, as they fell into a 16-0 hole against the New York Jets. Despite four first-half turnovers, Buffalo rallied back in the second quarter to seal the deal in a 17-16 victory. 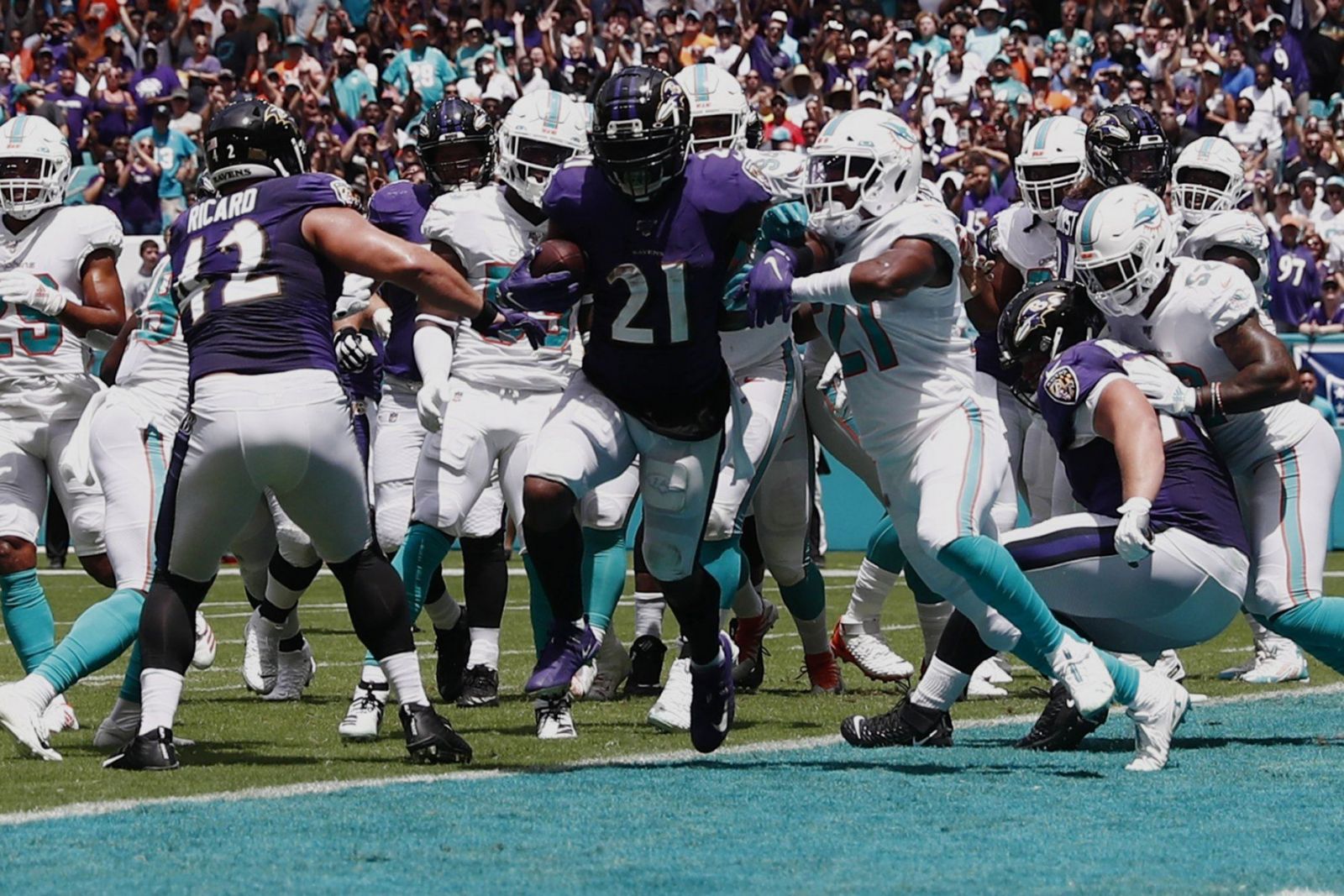 Photo Courtesy of Brynn Anderson, AP
The Baltimore Ravens made an outrageous statement, blowing out the Miami Dolphins. Last year, we saw Lamar Jackson throw for six touchdowns in seven starts as a Ravens rookie. Sunday, Jackson almost reached his overall season record as he threw for four touchdowns in just the first half of the game! With a 59-10 final, this game was surely a confidence builder for Baltimore. 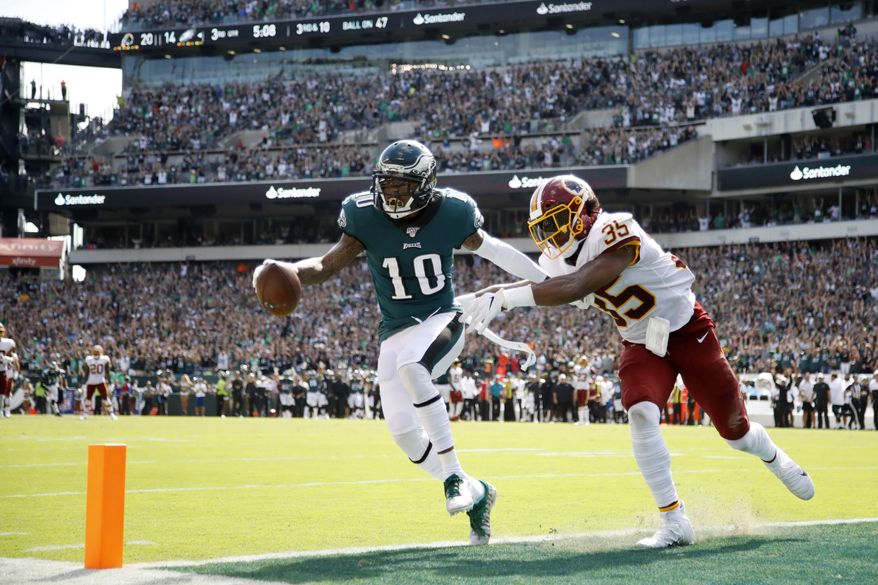 Photo Courtesy of Matt Rourke, AP
The Washington Redskins held an early lead against the Philadelphia Eagles. After shaking off some rust, Phili cut the deficit and came back winning 32-27. Eagles wide receiver DeSean Jackson made his season opener statement with eight catches for 154 yards. He was able to flap his arms in the end zone twice, sealing the deal with a 53-yard touchdown. 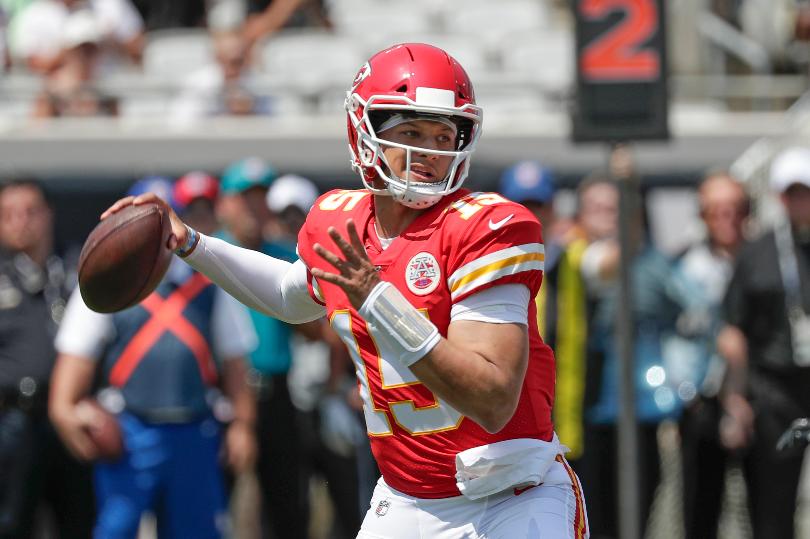 Photo Courtesy of John Raoux, AP
Reigning MVP, Patrick Mahomes picked up right back where he left off. The Kansas City Chiefs quarterback led them to a 40-26 victory against the Jacksonville Jaguars. However, with the good news, comes the bad. Just two days after signing a three-year, $54 million-dollar extension, KC’s star receiver, Tyreek Hill, suffered a shoulder injury. Another injury this game gave KC the upper hand. Jags QB, Nick Foles threw for a beautiful touchdown pass however the celebration was ended early as he immediately went to the locker room and never stepped back on the field to play. Just as Foles was getting comfortable in his new team colors, he too was out with a shoulder injury. The question is, how long will it take for both key players to recover? 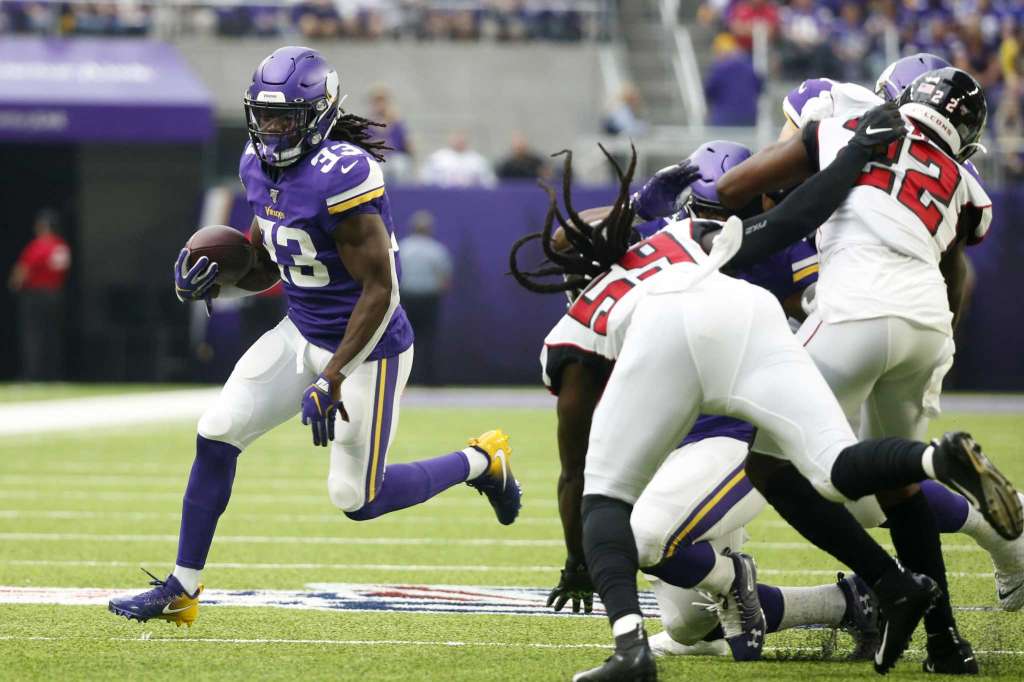 Photo Courtesy of Bruce Kluckhohn, AP
The Minnesota Vikings outshined the Atlanta Falcons in a dominating performance, winning 28-12. The Vikings leaned heavily on Dalvin Cook who scored two touchdowns and his third ever 100-yard-rushing game. 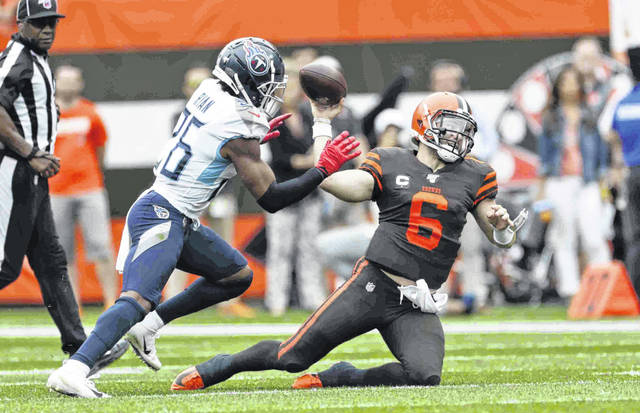 Photo Courtesy of Ron Schwane, AP
The hype around the Cleveland Browns has been overwhelming with new star offensive additions. Unfortunately, the hype did not live up to expectation, as the Tennessee Titans ran away with a 43-12 victory. Browns QB, Baker Mayfield appeared to get hurt after a sack in the first half. He was checked out and came back to the field with a heavily wrapped wrist. Post-game, Mayfield said “I’ll be all right.” 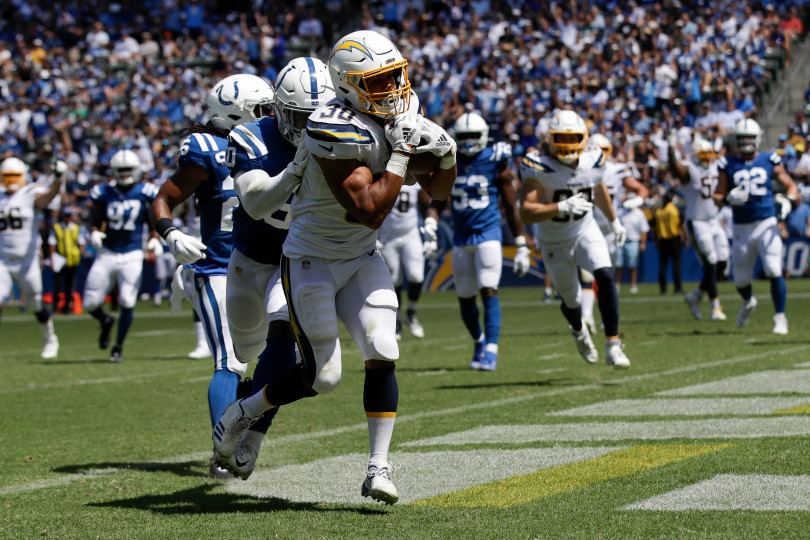