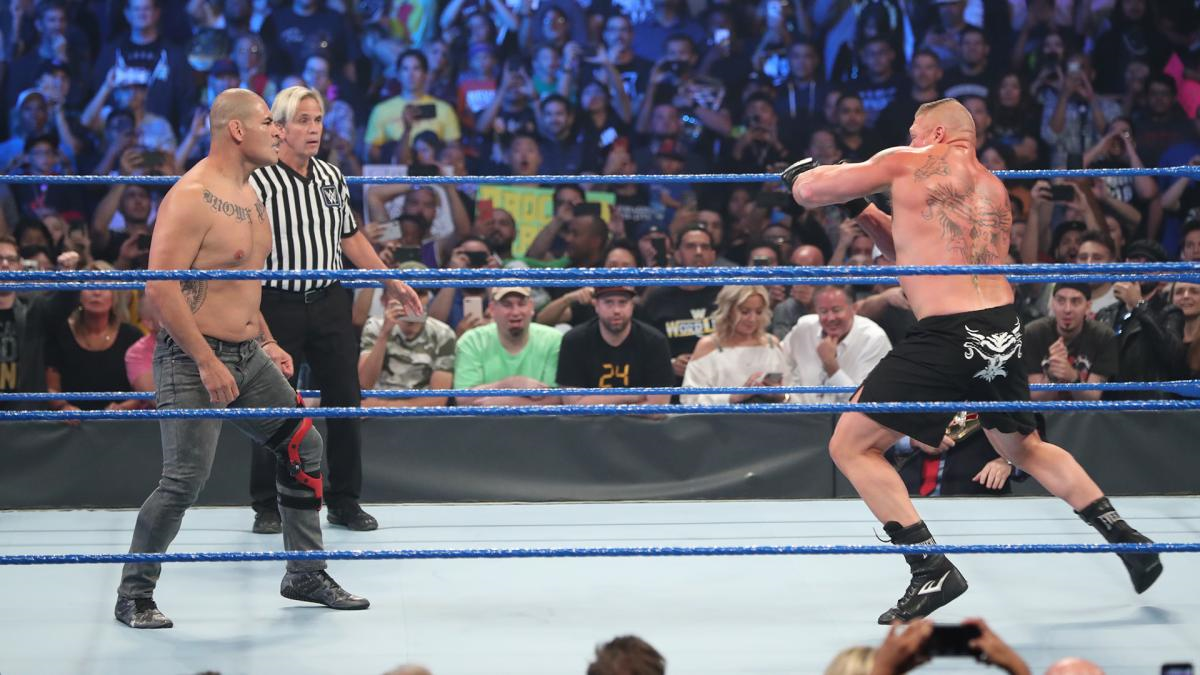 Photo courtesy of WWE Media
By Giancarlo Aulino
BarnBurner.ca
TORONTO. - It was a monumental night for WWE as they debuted Friday Night SmackDown on FOX. The company brought out a who’s who of legends including Trish Stratus, Lita, Goldberg, Sting, Mark Henry, Ric Flair, Hulk Hogan, Mick Foley, Kurt Angle, and The Rock, who’s catchphrase became the name of the show.
One of the biggest matches that the show was built around was the main event for the WWE Championship, with champion Kofi Kingston defending against Brock Lesnar. The best incarnate was looking to recapture a world championship after losing the Universal Championship to Seth Rollins at SummerSlam in Toronto.
This match was historic for not only being the first main event on FOX, but for also being the first time since 2004 that Lesnar would be competing in a match on SmackDown.
The main event was short-lived as Lesnar immediately hit Kofi with his finishing maneuver: The F-5 to win the WWE Championship in seconds. This was a shock as Kofi has held the title for six months and defeated some of the biggest stars but was unable to replicate that against Lesnar.
The biggest surprise came after the match as Rey Mysterio’s music played however, the master of the 6-1-9 didn’t come to the Staples Center alone; he was joined by former two-time UFC Heavyweight Champion Cain Velasquez, the man who defeated Lesnar at UFC 121 to become champion.
The commentary team of Michael Cole and Corey Graves even alluded to the history between both men when they mentioned how it looked as though Lesnar had seen a ghost. Velasquez made his way into the ring and then attacked the new WWE Champion before he escaped and retreated with his advocate Paul Heyman.
A feud between Brock Lesnar and Cain Velasquez sounds intriguing and definitely provides WWE with a big fight feel and real sports identity for SmackDown.
WWE Brock Lesnar SmackDown FOX Trish Stratus Lita Goldberg Sting Mark Henry Ric Flair Hulk Hogan Mick Foley Kurt Angle The Rock Kofi Kingston Michael Cole Corey Graves Rey Mysterio Staple Center Cain Velasquez WWE.com Spanglish Sports World BarnBurner.ca Giancarlo Aulino KBuena Radio TV La Portada Canada