Vladimir Guerrero Jr.'s Move Across the Diamond Showcases the Versatility of the Blue Jays in 2020 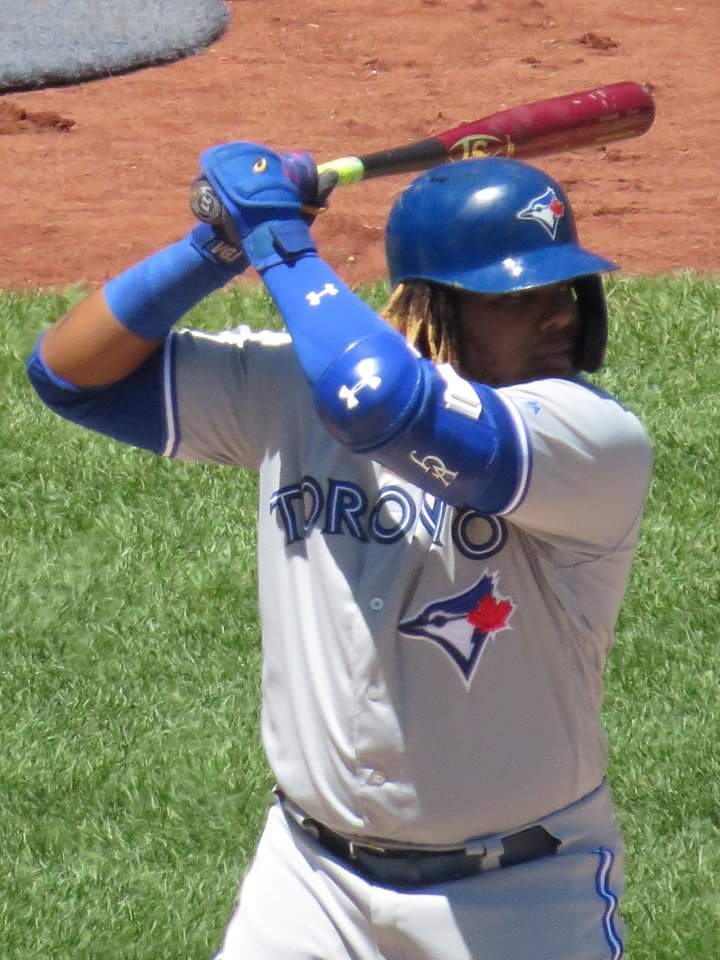 Foto de Archivo
Por Logan Lockhart
BarnBurner Network
TORONTO. - For Vladimir Guerrero Jr., a move from third base to first is not a slight on his performance at his former position; instead, it speaks to the depth and versatility that the Blue Jays can showcase in a 60-game season.
The team announced Friday that the 21-year-old sensation will spend the 2020 campaign sharing first base duties with Rowdy Tellez, abandoning his spot at the position where he started 95 games in 2019, third base.
In a virtual media availability, manager Charlie Montoyo insisted that a move from third base to first is not a permanent one for Guerrero, but the options will remain open as training camp continues and the season progresses.
“He’s gonna see more action at first base and DH, but we’re gonna keep the third base option open because he can play there too,” said Montoyo. “But for now and for this camp, he’s gonna play first and probably during the season he’s going to play first and DH.”
Guerrero Jr. has never played at first base in his short major league career thus far, however he started 24 games as Toronto’s designated hitter in 2019.
Newly-signed infielder Travis Shaw is expected to occupy the spot at third as the Blue Jays continue to experiment with the new-found versatility that exists on their roster.
“Knowing that Travis Shaw can play third base because I’ve seen him, and he’s a good third baseman, also helps that,” said Montoyo. “But this is more about Vladdy and giving him a chance to succeed in a short season.”
Shaw has spent the last three seasons with the Brewers, taking a step back in 2019 after an impressive 2018 campaign where he hit 32 home runs.
The 30 year-old native of Washington Court House, Ohio provides the Blue Jays with positional options that did not exist a year ago, but the team will have to count on a bounce back year for Shaw, after he batted .157 in 2019.
The 2020 season is a sprint, not a marathon, previously a term said in opposite order when describing a baseball campaign. The Blue Jays have realized and acted on this reality by exercising the versatility they now possess.
“It’s all about having the best chance to compete,” said Montoyo. “It’s going to be a short season, so for me the chance for Vlad is to play first base, DH, and also play third.”
Montoyo, who is entering his second year as Blue Jays manager, admitted that the idea of experimenting with Guerrero Jr. is not a new one, and has been in the works dating back to March.
“We’ve been talking about that since spring training before we got shut down,” said Montoyo. “He (Guerrero Jr.) was already taking ground balls at first base with Luis Rivera (first base coach).”
In 123 games in 2019, Guerrero Jr., hit .272 with 15 home runs, while driving in 69.
For one of the most promising young players the game has to offer, a position move may seem premature, but the newly signed Joe Panik and Shaw provides Toronto with depth around the infield, giving the Blue Jays the luxury of experimenting with Guerrero Jr. in an irregular 60-game season.
Toronto Blue Jays Vladimir Guerrero Jr. MLB MLBPA BarnBurner Network Logan Lockhart