16 de Febrero de 2021 a las 18:06
By Justin Levine
Spanglish Sports World and The Puck Authority Columnist
Toronto. - While the COVID-19 pandemic has been detrimental to junior hockey in Canada, the CHL, along with its member leagues, have been working diligently towards a hopeful return.
With one of those being the Ontario Hockey League, commissioner David Branch stated back in October, “Although we are eager to get back on the ice, the safety and well-being of our players, staff, officials, tremendous fans and communities remains paramount. We remain committed to providing our players with a safe, first-class development experience as they pursue their professional and academic goals, and we look forward to the planned opening of our Regular Season on Thursday, February 4.”
That came after earlier talks about a January start date, which was later evacuated. On December 23rd, that timeline was deferred in favor of an indefinite delay to the season. Doing so with province-wide lockdowns enforced, the OHL ensured their commitment to starting the season when it was safe to do so. 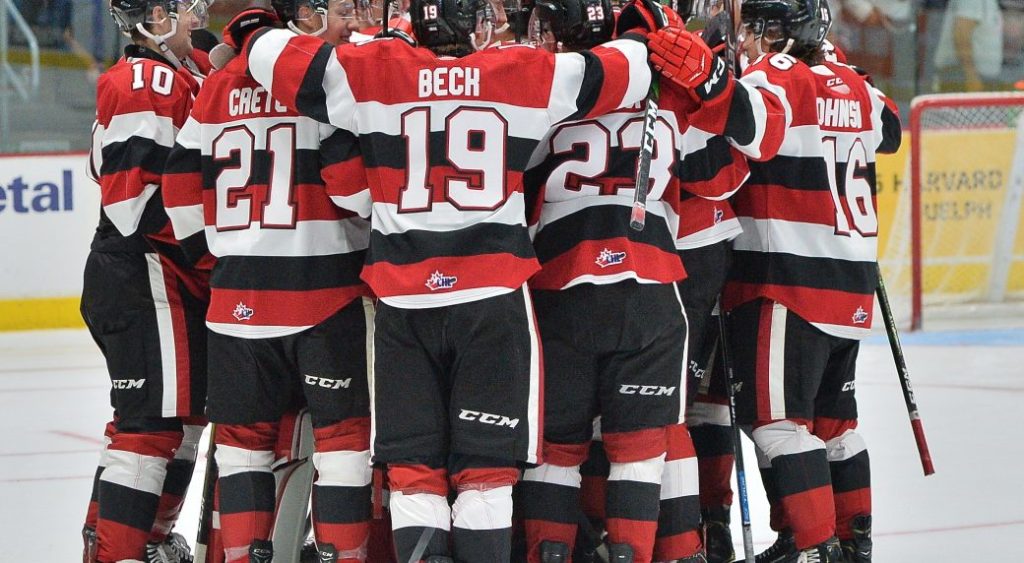 Terry Wilson/OHL Images
Given the news on Monday that the government is starting to lift COVID-19 lockdown orders, it provided to not only executives, but players and staff that first glimmer of hope. That’s where liftoff slowly took place with a brand-new framework to support a shortened season.
Let’s start on Monday. As reported by Ian MacAlpine, who covers the Frontenacs for the Kingston Whig-Standard, the parents of players, both present and future, jointly penned a letter to start getting the ball rolling. As MacAlpine noted, this memo was sent out to Premier Doug Ford, Minister of Health Christine Elliott, and league commissioner David Branch. It was written to lobby the government to allow the league to salvage part of the season.
According to info obtained by The Puck Authority, this letter was also sent out to all 20 member teams of the Ontario Hockey League. Speaking with a source later on Monday, The Puck Authority was told that teams were still waiting to hear about potential plans for a shortened season from the league’s head office, which is based in Toronto. 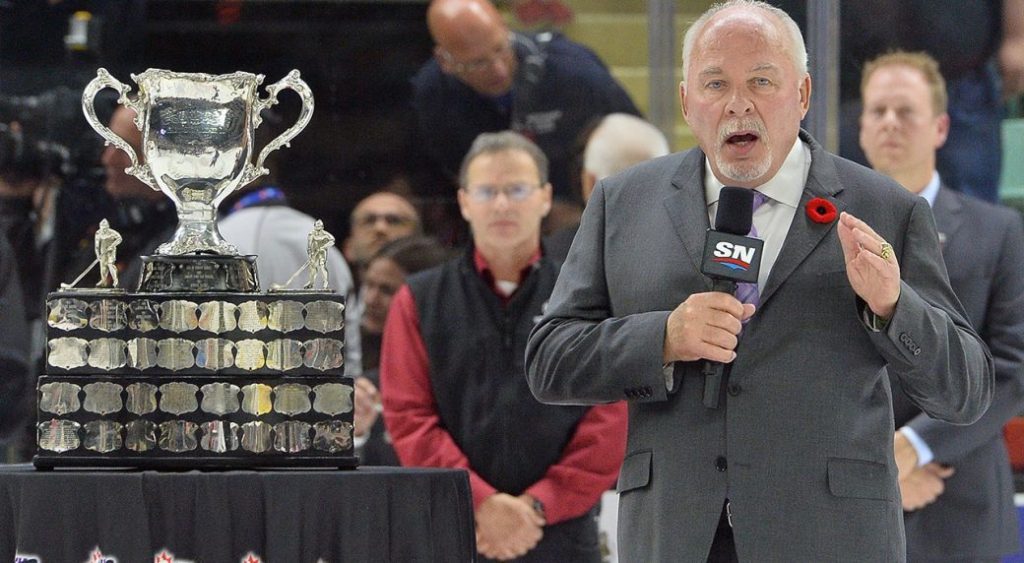 Terry Wilson/CHL Images
Fast forward just two days later, The Athletic’s Scott Wheeler reported on Wednesday evening that the Ontario Hockey League sent a memo to all member teams with plans to resume play for a 2021 season. Among the list of details provided, Wheeler reported a 24-game season, played out in four hub cities, subject to government approval.
Adding on to these guidelines, Wheeler added that the OHL is targeting the April 2-4 weekend to drop the puck on the new season. Beforehand, however, Wheeler noted that participating players must adhere to home quarantines in March before making their way to their respective hub cities. As for imports, those coming from overseas are subject to a government mandated quarantine.
With players loaned and many added through the import draft, that will be crucial should the government approve this. Just hours later, The Puck Authority learned that this announcement is on schedule for Saturday, confirming the framework for a 24-game season. Adding further to that, we were also informed that two of the four hub cities will include St. Catherines and Kingston, Ontario. 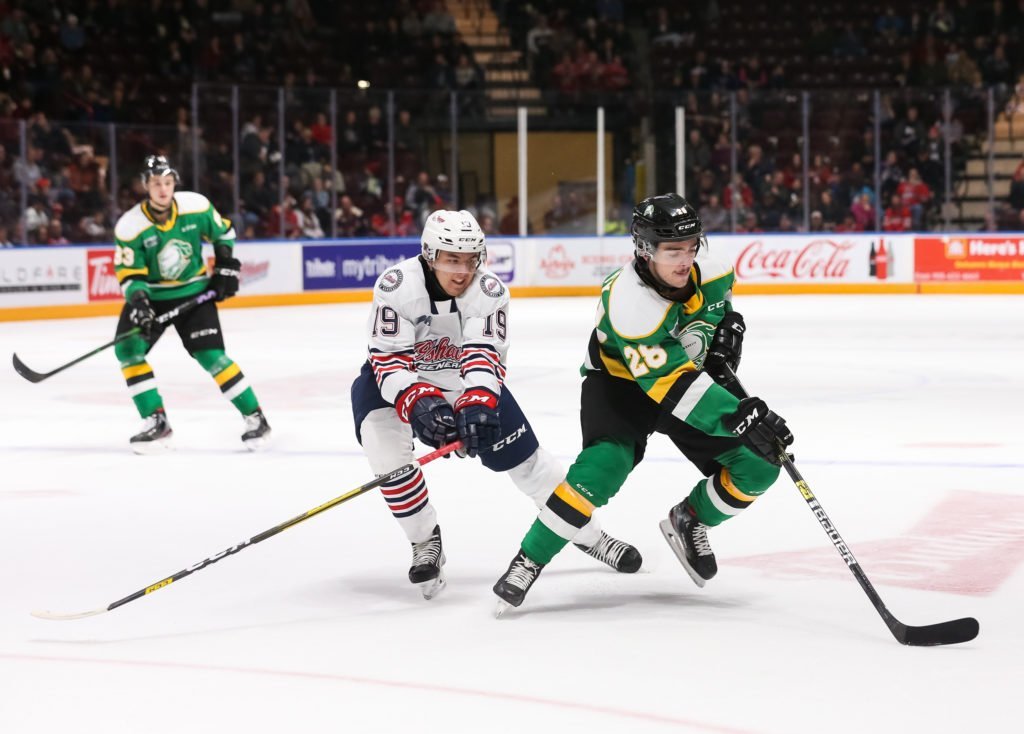 Chris Tanouye/Getty Images North America
Should these plans be given the green light, The Puck Authority received a firm date for puck drop, that being Saturday, April 3rd. While the league still has lots to coordinate, another facility in discussion to host is the home of the Bulldogs, FirstOntario Centre in Hamilton.
In October, Lukas Weese had reported that the Niagara IceDogs, if the season started last week, would have been one of three teams based in Canada subject to sharing rinks with an American member team. The other two cities in discussion included both Windsor and Sarnia, Ontario.
In an effort to keep players and staff safe, it’s not a surprise that St. Catherines and Kingston were named hub cities, as both not highly populated, as opposed to major cities such as Toronto. Another one that could be a talking point is Sadlon Arena, where the Barrie Colts call home. 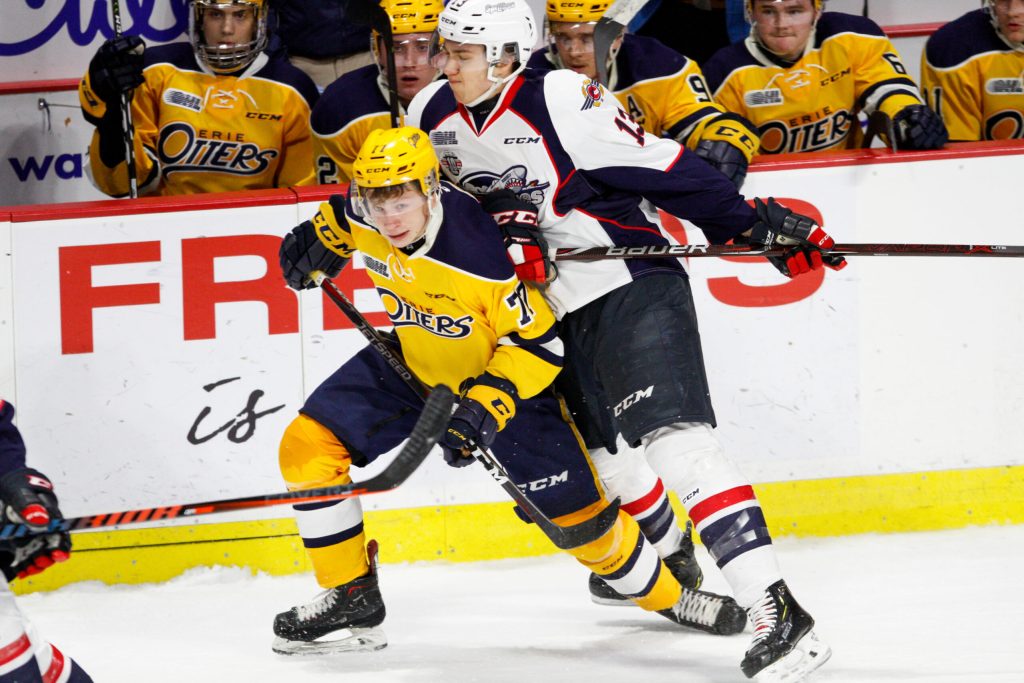 Dennis Pajot/Getty Images North America
There is still lots of work to be done, and as reported by Gene Pereira of Rogers TV, at the forefront is government approval and health and safety protocols to get clearance to play. The main thing to keep in mind is the spread of the virus, which will determine next steps. While a start date is in place, these details can change, as they have several times now.
With a loss of financial revenue by way of no tickets being sold or ordered, the presumption is that the province of Ontario will be lending assistance to help keep the league afloat. In doing so, the support would be similar to both the QMJHL and the Western Hockey League. At this time, the WHL has received clearance for games to be played in Alberta.
As such, the Canadian Division will begin their season on February 26th. On the other hand, the league’s American Division has been granted permission to restart in Washington State. Much like the OHL’s new blueprint, the Canadian side, structured as the Central Division, will play 24 games in a shortened season format. Composed of only five teams, this will compare to the NHL’s Canadian Division, as they circulate opponents in a continuous cycle. 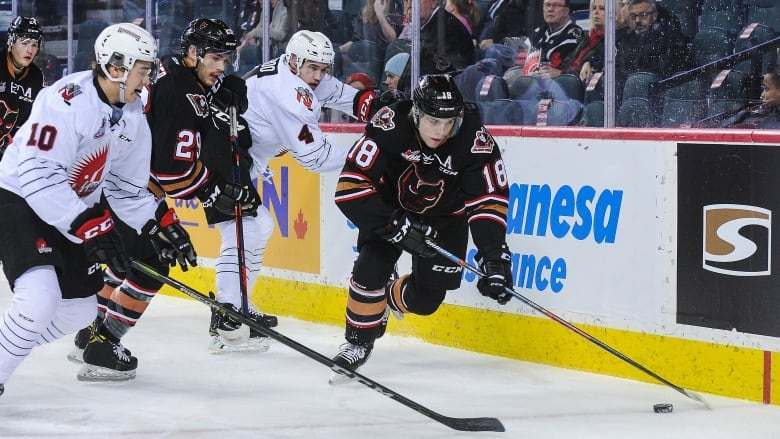 Derek Leung/Getty Images North America
That includes the Red Deer Rebels, Medicine Hat Tigers, Calgary Hitmen, Lethbridge Hurricanes and Edmonton Oil Kings. The U.S. Division, composed of five teams, will follow Canada’s lead in a shortened season format. While details are still being coordinated, the long-awaited regular season is scheduled to start on Friday, March 19th.
That includes the Seattle Thunderbirds, Portland Winterhawks, Spokane Chiefs, Everett Silvertips and Tri-City Americans. As stated by a league press release, “The WHL has developed an extensive set of protocols to not only provide a safe environment for players and staff, but to protect residents of Washington State in the community.”
Further details and a schedule will be released at a later date. In accordance with CHL safety policies, both the WHL and the OHL will not permit any spectators to enter league-owned facilities. It’s unknown what this means for the media, however, fans and scouts will not be let in arenas this season.
OHL CHL David Branch Ian MacAlpine Kingston Whig-Standard Frontenacs Premier Doug Ford Christine Elliott The Athletic Scott Wheeler Terry Wilson OHL Image Chris Tanouye Dennis Pajot Derek Leung Getty Images North America Justin Levine Spanglish Sports World The Puck Authority