Panther City Now Has An Identity 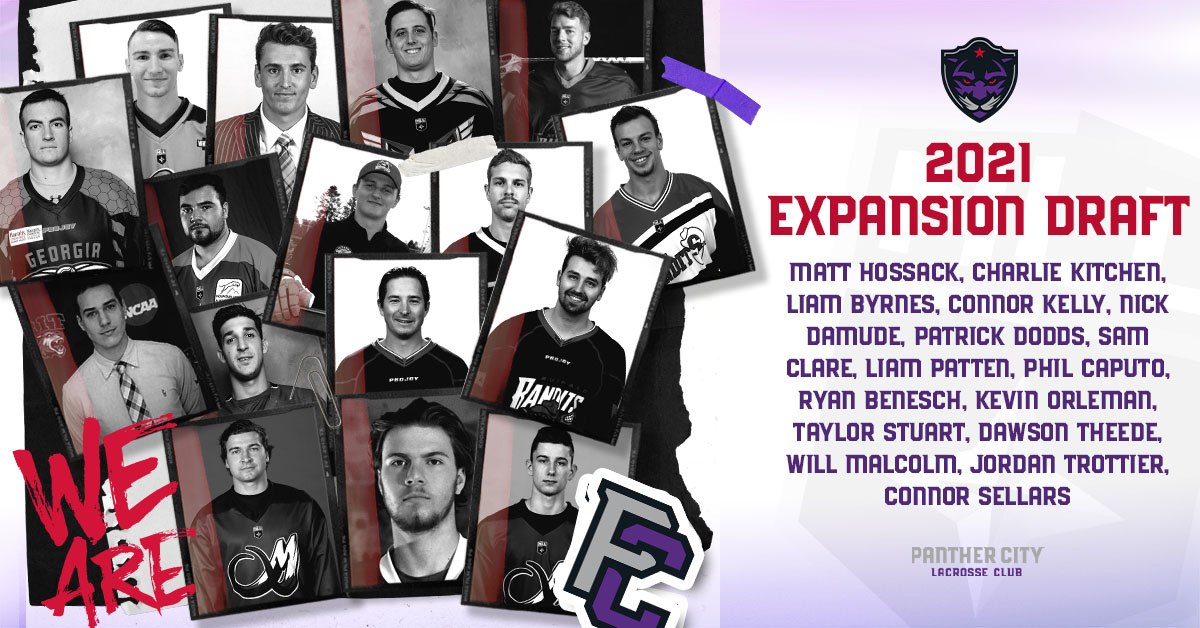 Photo courtesy of lacrosseplayground.com
Article by Gary Groob IG: @ggroob
Columnist and Co-Host Spanglish World Network and Spanglish Sports World
TORONTO. - The National Lacrosse League (NLL) held there expansion draft on Tuesday night, in which the expansion team from Fort Worth was going to pick one player from each of the other thirteen teams to build a foundation for their 2021/21 team.

With such a wide variety of unprotected players to be had, knowing that they were going to be a quality team wasn't the issue.  Were they going in a veteran direction, with instant credibility? Would they go with mostly youth, and have them grow together as a team? Would they find a good balance of both?

Just after 7pm (ET) all the speculation was over when the first player in the team's history was selected...Matt Hossack of the Saskatchewan Rush.

3. Trading Chris Wardle to the Colorado Mammoth for Will Malcom, and Jordan Trottier.

General Manager Bob Hamley, Head Coach Tracey Kelusky, and Assistant Coach Dan Teat put together a solid base of veteran leadership mixed with youth, building a strong foundation in Fort Worth that should keep them competitive for years to come.  Combined with the 2021 entry draft selections, should make the Panther City Lacrosse Club an exciting team to watch once the season begins in December.

The future shines bright for the National Lacrosse League and their franchises, who are all chomping at the bit to come back after the Covid pandemic stronger than ever.
NLL NLLPA Lacrosse NLL.com Panther City Lacrosse Club lacrosseplayground.com Gary Groob NLL Talk Spanglish World Network Spanglish Sports World slideshare.net