NYCFC Vs Columbus: The Everchanging Storyline 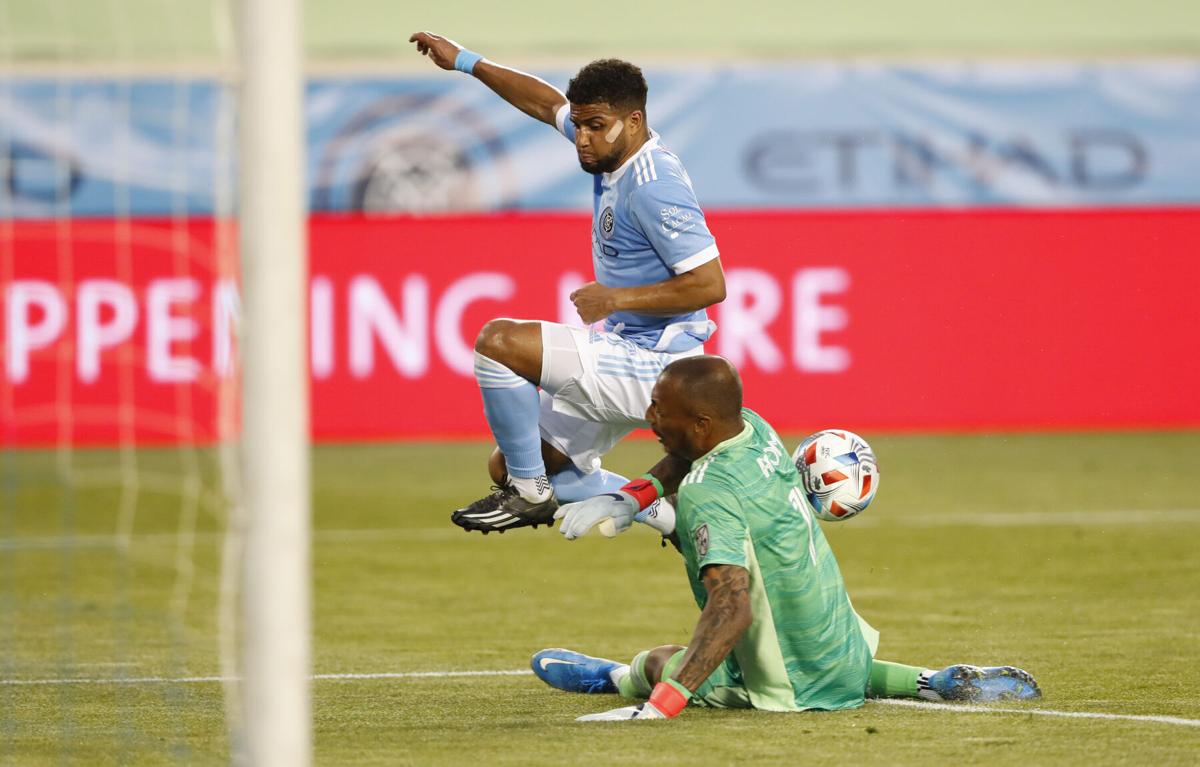 Photo courtesy of NYCFC
Article by Scott Churchson IG: @schurchson
Columnist and Host Spanglish Sports World & Spanglish World Networks
TORONTO. - Sometimes when I write articles covering a game of any kind I have a gameplan in mind going in. Doing homework ahead of time, formulate a basic story in my mind; oftentimes have quotes that I jot down to use when writing the story itself. USUALLY this works out well; usually. I had that plan tonight; to talk about how Red Bull Arena was a home away from home・, as the gents in blue were  4-1 since last year playing there as the home team; about how Columbus had struggled to put the ball in the net outside of CONCACAF; having been shut out in 4 of 5 MLS matches and so on. And for 82 minutes, I had this article 80% written already. Makes my life easier when the team you're emotionally attached to pulls off a win. Then, as had happened last week, NYCFC lost the lead late in the second half, only this time not even salvaging a point like they did against Toronto, but rather suffering a brutal loss 2-1 giving up the game winning goal five minutes into the added time. Two goals scored by midfielder Lucas Zelaray疣 on two different free kicks & so now this article will shift very simply to why and what now?

For most of the this match, NYCFC was well in control. 18 minutes in Ismael Tajouri-Shradi finally got his first goal of the year; providing that all important first goal via a nifty little pass by Valentin Castellanos. It SHOULD have been the start of several more. In fact; the match could have been 2, even 3-0 at the half. At one point Columbus was behind in overall shots 15-4 and hadn't even registered a single shot on target for most of the game. But as the game wore on; the wheels started to come off. Columbus started putting shots on goal, Johnson was being tested and NYCFC couldn't get the ball out of the zone. After a while it almost felt like giving up the tying goal was a matter of time. After that, the winning goal a matter of time as well.
Some games you shouldn't lose. This one was one of them. Heartbreak is the word many of us used to describe the loss. For the press conference only coach Ronny Delia and  Ismael Tajouri-Shradi came out for it which is rare. Typically it'll be more; even in a loss but this is one of those matches that will stay with a team for a while. However that's not necessarily the worst thing in the world. The greater the loss; the greater the chance at a rebound & where they go from here will likely determine the rest of the season. Next week they travel to LA to play LAFC and a chance to get their first win in 4 matches. LAFC finally broke their own winless streak with a 2-1 over Colorado Saturday; their first win in over a month. Is this game for NYCFC a must win? While early in the season I'm going to say yes. Next weekend is their last match before MLS resumes 3 weeks later. Go out on a high note gentlemen.
MLS Soccer CONCACAF NYCFC Columbus Crew LAFC Red Bull Arena Ronny Delia Ismael Tajouri-Shradi Valentin Castellanos Lucas Zelaray Spanglish Sports World Spanglish World Network Scott Churchson Vincent Carchietta USA Today Sports