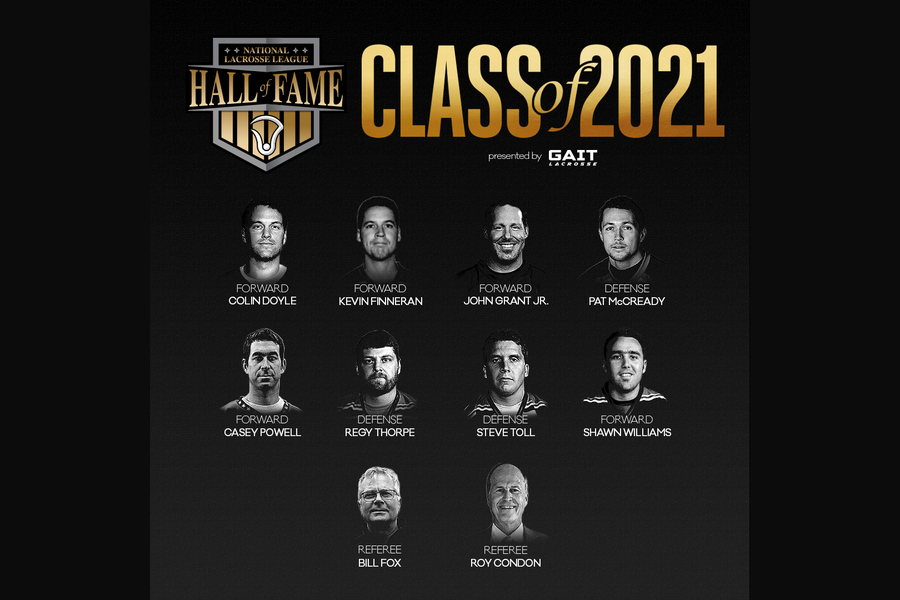 Photo courtesy of insidelacrosse.com
Article by Gary Groob IG: @ggroob
Columnist and Co-Host Spanglish World Network and Spanglish Sports World
TORONTO. - This past week the NLL Inducted lacrosse greats into the hall of fame (HoF) for the first time since 2016, when Josh Sanderson, Tracey Kelusky, and John Tavares had entered.  This would also be the fifteenth anniversary of the existence of the Hall which was started back in 2006.

The management crew of Commissioner Nick Sakeiwicz, Deputy Commissioner Jessica Berman (formerly of the National Hockey League), Executive Vice-President Brian Lemon, and the rest of their inner circle had decided to revamp the entire HoF process.  Like everything else they had done with the league in their tenure, they made sure it was to their standards before restarting the process.

After a five year hiatus, inducting just a few players just wouldn't cut it, so a short list of twenty players was released, with ten inductions set for June 3rd.

On this list were seventeen players, and three officials from different eras, all extremely important in the building and development of the league over the years.  Every single player was deserving of the honor, and if not on this ballot, would certainly be inducted in the near future.

“This is indeed an impressive selection of candidates whose contributions to lacrosse and the NLL span several eras and the breadth of North America,” said NLL Commissioner Nick Sakiewicz. “We are honored to be continuing the tradition of honoring the greats and we look forward to selecting the next inductees for the most prestigious individual honor in our sport.”

Here are the eight players, and two officials inducted into the Hall of Fame class of 2021: