Gymnastics – The underdog of Canadian sports 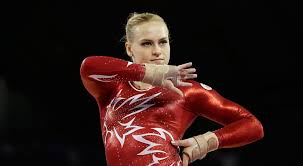 Photo courtesy of Gymnastics Canada
By Elisabeth Rositsan
BarnBurner Network
TORONTO. - Gymnastics is often described as a beautiful, graceful, and feminine sport. Although these observations are mostly true there is much more to being a gymnast.
A gymnastics routine usually lasts around 90 seconds. To many, this may seem like a short period of time, but the structure of a gymnastics performance is too intense and too physically demanding to last for a longer period of time. Gymnasts are also considered to be the strongest and most flexible athletes. In addition, gymnasts must demonstrate and acquire exemplary balance and develop a high tolerance for disturbances. If that was not enough, gymnasts must maintain a certain weight and body image on top of training for approximately seven hours daily.
Gymnasts have been displaying these skills for centuries, yet gymnastics tends to be an underrated and underappreciated sport in some countries, especially and including Canada. Some suggest that this is because Canadian gymnasts have not obtained the same level of success as others. With full confidence, I can say that this statement is false.
Canadian gymnasts have brought pride to Canada many times in the past and continue to do so today.
For example, Ellie Black is Canada’s leading artistic gymnast. Black is a two time Olympian and has qualified for her third Olympics in Tokyo. She is the 2017 World all-around silver medalist and the 2018 Commonwealth Games all-around champion.
Another active Canadian gymnast is Rosie MacLennan, a trampoline gymnast that won gold medals in the 2013 and 2018 World Championships. MacLennan has also won five silver and four bronze medals in World Championship competition in both the individual and synchro events. She is a two time Olympian and currently training to compete in her third Olympics.
In the late ’90s and early 2000s Kyle Shewfelt was Canada’s leading male artistic gymnast. He is a two time Olympian and has won gold at the 2004 Olympic Games in the floor exercise.
Even in the ’80s, Canada’s gymnasts were among the best. Lori Fung is a former Canadian rhythmic gymnast who made history by winning the all-around gold medal at the 1984 summer Olympics.
These are only a few examples of Canadian gymnasts who have brought Canada amazing results. Therefore, the statement that “Canadian gymnasts do not achieve high results,” is irrelevant.
Others say that gymnastics is not as exciting to watch as other sports. Of course, everyone is entitled to their own opinion and can pick which sports they choose to watch. However, usually, the people who suggest that gymnastics is not exciting probably have not seen a gymnastics event live. The answer to why gymnastics is underappreciated simply comes down to exposure or lack thereof. Canadian gymnasts who work hard every day deserve more attention and more recognition.
Gymnastics Canada Ontario Gymnastics Canadian Olympic Committee Sports and Heritage Canada Elisabeth Rositsan BarnBurner Network